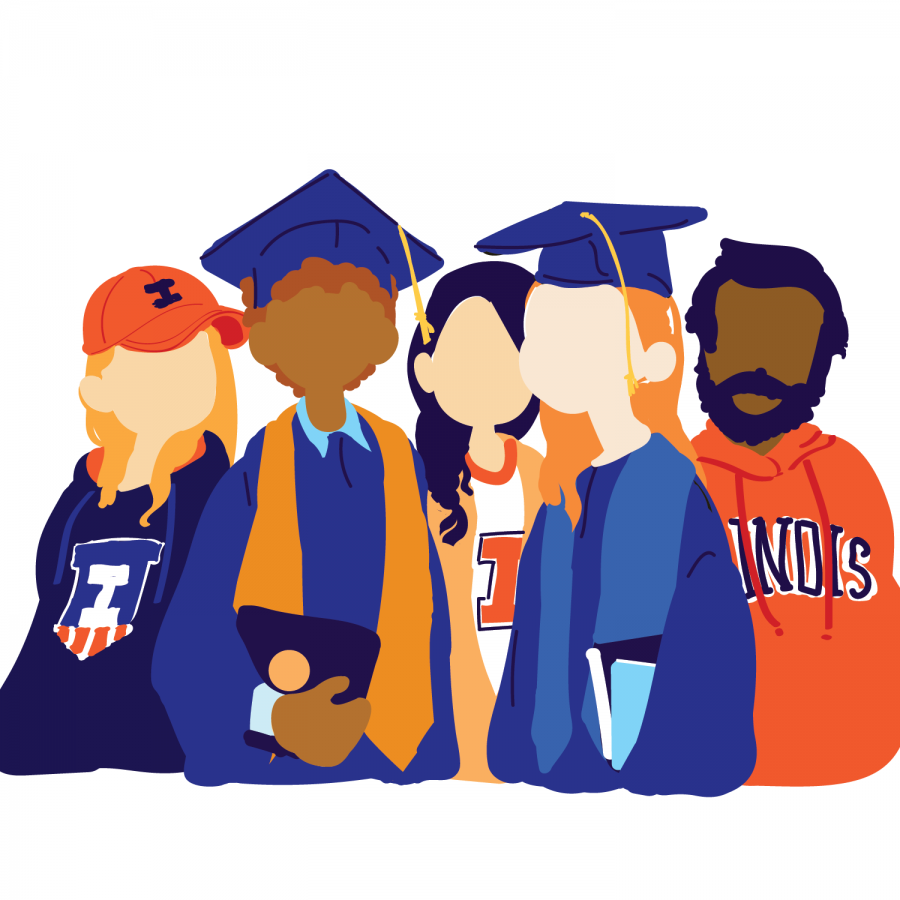 With the semester coming to an end, the class of 2018 is mentally preparing for the big day: graduation. However, not all students graduating this spring are students who have been here for four years. There are students among them who have finished their required credits in less than the usual eight semesters, making them early graduates.

Peter Tatkowski, senior in Engineering, is graduating this semester after three years. He came into the University with around 20 credits in physics and math, which put him ahead of schedule.

Tatkowski continued to take an average of 18 credit hours each semester, which is the maximum number of hours a student can take at the University without a course load. Aside from a semester when he studied abroad and took 15 credit hours, he consistently took more classes than the average student. He even made it through a semester with 19 credit hours.

“It was honestly not that bad of an experience. It was a little tiring second semester of my second year, but I made it,” Tatkowski said.

Tatkowski had not come into the University with the intention of graduating early. He happened to be eligible to graduate in less than eight semesters because he had been taking a lot of classes every term, and it would be impractical to stay on campus for another year when his requirements were finished.

During summer breaks, Tatkowski worked, did research and also took classes. He will be going to ETH Zurich, a STEM university in Switzerland, after he completes an internship this summer.

Tatkowski shared that the reality that he is graduating has not hit him yet. He is sad he isn’t graduating alongside his friends, but he knows wherever he goes, they will still keep in touch. He added that he wants to visit them later on if he can.

“I’m not processing graduation yet. It will happen when it happens,” Tatkowski said.

Krishna Dusad and Shivansh Chandnani, both in Engineering, are part of the five-year BS-MS program, which allows students to earn both bachelor’s and master’s degrees within five years.

Before he even came to the University, Dusad had been considering graduating early if possible. As an international student from India, he had not been familiar with the AP system. When he found out about how AP credits could be transferred into college credits, he immediately took AP exams and came into the University with around 25 credit hours, which is more than a semester’s worth of credits.

Dusad said he never had to take an overload of classes. He took between 16 and 18 credit hours every semester and took two classes one summer, but other than that, he didn’t do anything special to graduate early.

“Fall of my sophomore year was terrible. It was very taxing and really hard, but I learned to plan better, and it gradually got better,” Dusad said.

Dusad said especially as an international student paying the international tuition, graduating early helps save a lot of money. On top of receiving his bachelor’s degree in three years, he could get his master’s in a short amount of time as well.

“I was actually deciding between studying here and Imperial College London,” Dusad said. “One of the biggest reasons for deciding to come here was because I realized I could graduate early and the program was pretty flexible.”

Dusad will be interning at Uber this summer before he comes back to campus for the master’s program.

He said although it was tiring at times, the busy schedule kept him engaged and helped him stay focused on classes.

Because he had been taking more than the maximum number of hours for each semester, he didn’t have to take any summer classes to graduate early. He’s spent the past two summers at internships.

Chandnani said he isn’t too sad about graduating this semester because he is coming back to school in the fall and will be able to see his friends again, which is one of the biggest reasons he chose to do the BS-MS program.

He also said applying for a master’s degree in the program is very different from the normal application process for graduate school. In his opinion, applying through the program is much easier.

“Usually, you start applying around a semester or so before — so if you started in August you would be applying in December — but since I am part of the program, I had to apply more than a year before,” Chandnani said.

Chandnani also provided some tips for people who are considering early graduation.

“Don’t burn yourself out by taking more than you can handle, but it is doable. Course overloads are manageable as long as you have good time management skills,” Chandnani said. “There are also other options like taking summer classes. It’s good to graduate early. It saves you time and money.”