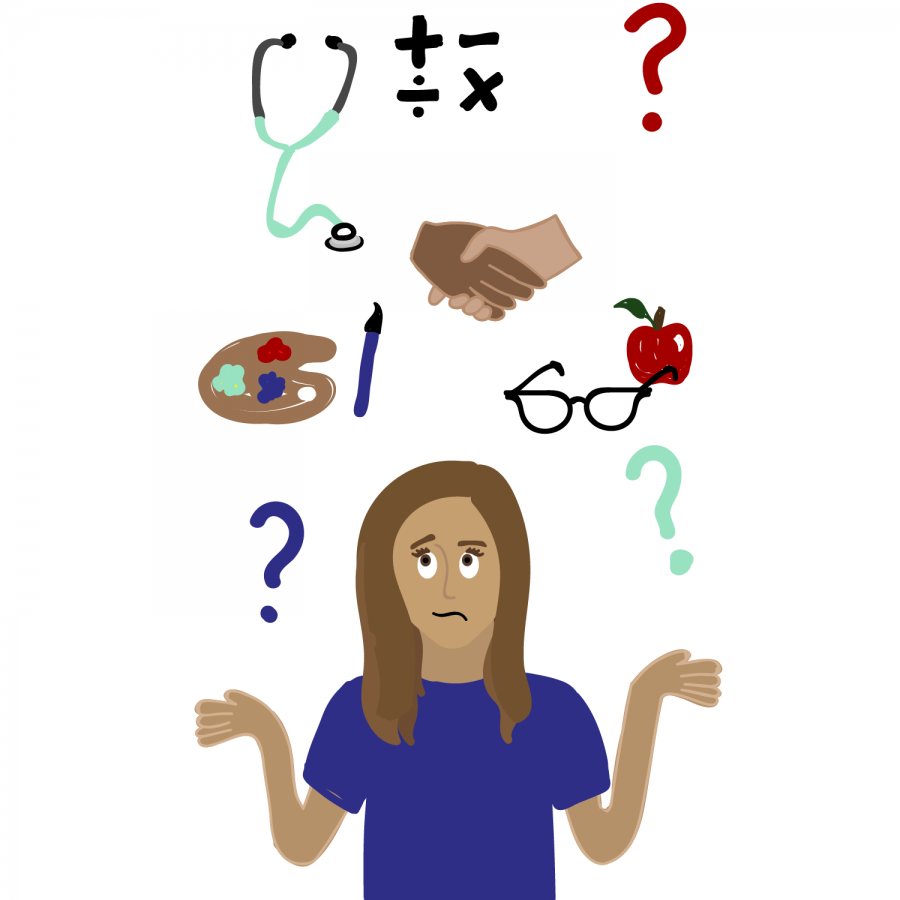 Choosing your major is a statement of identity. It means standing tall and telling the world, “This is who I am, this is what I’m good at and this is what I’m going to do.” Going to college and being asked to make that choice is daunting. It is left to the students to make the best choice they can and to try to deal with the consequences.

Sometimes these consequences take time to be felt and sometimes they don’t. It’s the end of the spring semester and these consequences have had time to reveal themselves, for better or for worse. Take Eddie Rajcevic, for instance. He’s a freshman in Business, and he is enjoying his double major in finance and information systems.

The pros of his major?

“In the College of Business, it’s pretty competitive, but everyone’s working together,” Rajcevic said. “Sometimes the classes are kind of boring and not really hands-on, so sometimes I wish I did Engineering… yeah, I’m going to stay.”

A solid judgement call. Despite the occasional boredom, Rajcevic is enjoying his major enough that he’s willing to stick with it. Some students don’t find their callings so easily, however.

Dontrell Collier is a freshman in LAS with a sociology major.

“I’m kind of iffy about it at this point,” Collier said. “I don’t know if I want to continue with it next semester… There’s nothing wrong with it; I took another class that got me psyched about something different.”

This is not unreasonable, as taking classes best informs a student what subjects they are suited to and what they should avoid. Undergraduate studies are meant to prepare for the future, and that includes an obstacle course of coursework to distinguish between things you want to do versus things you don’t.

Enter Maggie Nutter, a freshman in Engineering. Her approach to the choice in front of her was more straightforward.

“I came in pre-engineering. I didn’t really know where I was going to go with it, so they had a lot of courses talking about different forms of engineering,” Nutter said.

Starting out in a program built to guide Engineering students to a decision, Nutter wanted to explore her options before choosing one. End result? She’ll be transferring to biological engineering this fall.

Taking time to play out the options and find what’s best is important, especially when a student is just starting out at the University. It can sometimes feel like the options are overwhelming, and no single interest a student has is enough to justify orienting one’s life around it.

Tina Tran is a senior in ACES, majoring in animal sciences with a focus on pre-veterinary care.

“With my major, it’s a gamble and ultimately depends on if you decide to apply and get accepted into vet school. If you decide too late in your college career that this isn’t what you want to do for the rest of your life, then it can be rather difficult to expand and look for other potential career options,” Tran said.

It’s not easy to justify these kinds of odds, but if a student has a dream, they can sometimes make them all worth it.

“I will be attending vet school here at the University in the fall,” Tran said, “so I guess it wasn’t a bad option after all.”

It can seem like the whole world is conspiring to hide what we want to do. One looks around and sees that seemingly every person around knows exactly what they want to do with their lives.

But this is an illusion: As the undergraduate journey carries on, remember that people are just doing what they think is best and are making do with what they have.