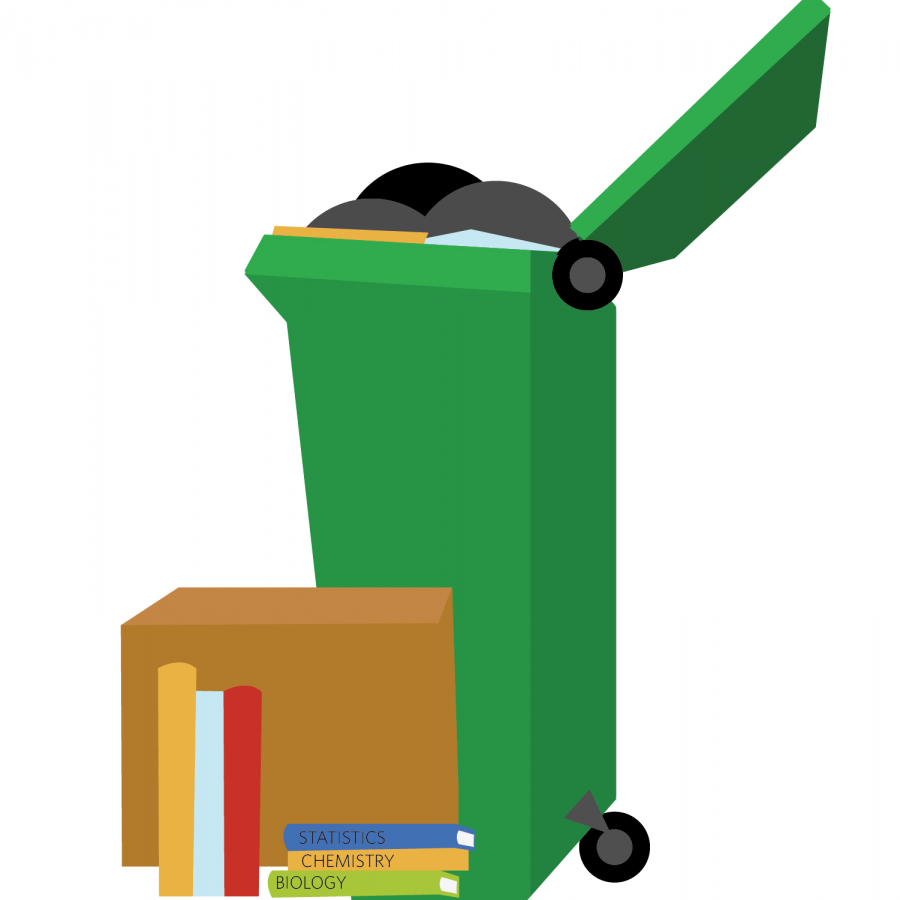 Senioritis. A malady that strikes without regard for the health of the individual. Symptoms include laziness, intensified procrastination and forgetfulness. It has been known to cause epidemics across campus every winter and spring, and we are experiencing its most virulent season: the weeks before finals.

While it is impossible for me to promise a cure to senioritis, it is possible to survive, provided you catch it early. Here are a few ways to get over senioritis in time to close out the semester.

The best way to get better is to never get sick. If you’ve avoided contracting senioritis, you’re already in the clear. Keep organized and try to fight the increasing disarray of your binders or folders as the semester wears on.

It’s tempting to just let papers stay in the front pocket of your backpack, to let that one notebook hold notes for every class or to let papers just cluster in between the pages of your textbooks. It’s so enticing to relax from all that tedious organizing, even for a week.

The cure for senioritis is to know yourself. Can you control this chaos you’ve unleashed? Are you the sort of person who can function with a few things out of place, or does a crack in your organization seal your eventual doom?

If you want to avoid senioritis, you need to make that judgement and stick to it.

But how do you know if you’ve contracted senioritis? The symptoms are often difficult to spot. In its early stages, senioritis is virtually indistinguishable from the need for a break.

Maybe you feel like you want to take it easy for a few days or sleep in one morning. Maybe you don’t feel like making it to that RSO meeting or feel like a nap after lunch instead of your afternoon class. It might be harmless. It might not. It’s up to you to decide when you’ve gone too far, and when it’s time to come back.

If you make the wrong decision, the symptoms intensify. The want for a break escalates into a full-blown disgust for work and study. Again, these symptoms are difficult to distinguish from normal reality. To tell a senioritis outbreak from a normal day, try to pin down the motivations for the symptoms.

If your motivations are pure and the semester is only a couple of months in, then you’re probably in the clear. But if not, you risk progressing the senioritis further.

If you’ve reached the final phase of senioritis, you have certainly spread it to those you regularly interact with. To some degree, all of you will begin to exhibit symptoms of general excitement for life and the need to goof off.

Studying becomes a last-minute affair, essays are written 20 minutes before submission and attendance before 11 a.m. has become a thing of fantasy.

But you can still heal yourself. Realizing you have senioritis is the beginning of the healing process.

It might hurt to admit that the six-hour Netflix marathons need to be set aside for the time being, but it’s all for the best. Organize your work, study for finals and you can party all the harder for your efforts post-semester.

Yoav is a junior in LAS.