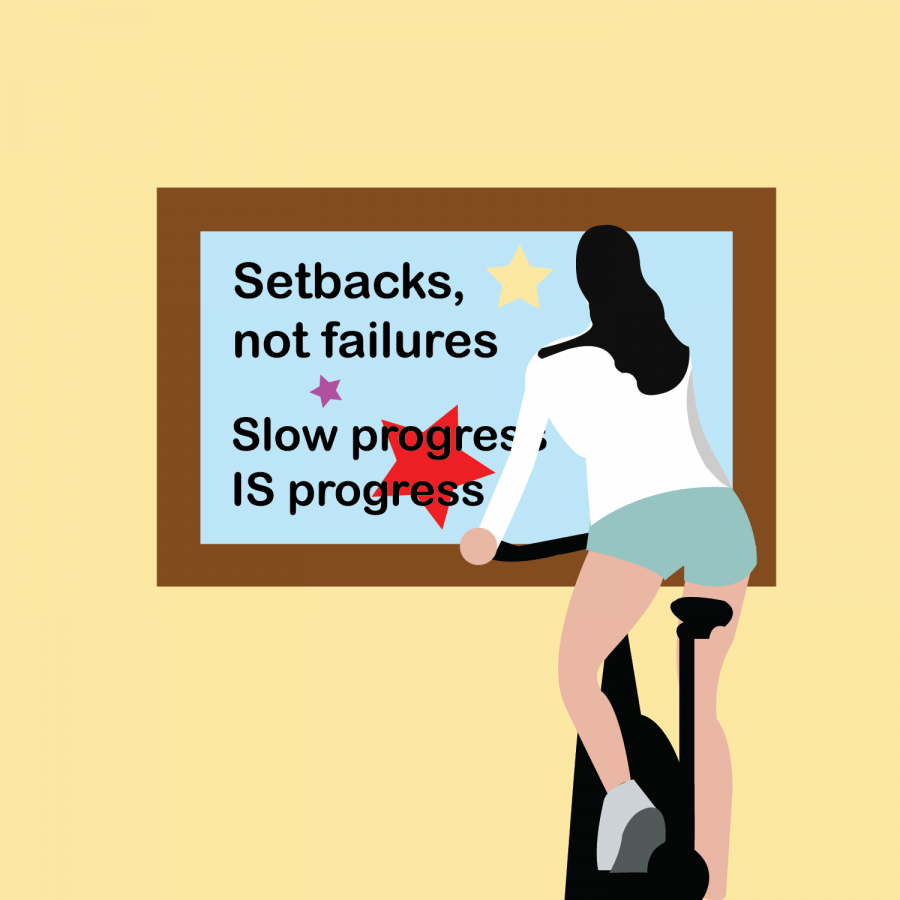 The cultural mythos of the New Year’s resolution, filled with vows of healthier eating and jokes about gym memberships, is ever-present in an American populace entranced by personal improvement. Millions promise themselves yearly change and most fail, but before buying the latest self-help book or giving up, aspiring resolvers may benefit from learning why so many people make resolutions yet only some succeed.

The idea of a personal “fresh start” is well-embedded in human history. As early as 4,000 years ago, Babylonians reaffirmed their loyalty to their kings and gods each spring by promising to pay debts and return borrowed items. Other rituals, such as Roman tributes to the god Janus and the Jewish High Holidays, show similar traits emerging from different cultures.

The current practice may have stemmed from John Wesley, the founder of Methodism. In 1740, he began holding new church services at the end of each year filled with prayers and songs about renewing their religious commitment, the tradition eventually evolving into modern attempts at personal change.

New Year’s resolutions have shed their religious origins but remain fixated on turning over a new leaf. Researchers found in 2013 that people hold “a widely shared belief that we have opportunities throughout our lives to start fresh with a clean slate.”

By using notable points in time like birthdays or holidays to begin goals, they said in the paper, people may be able to “increase the subjective distance between a person’s current self and past self.”

In other words, New Year’s resolvers likely use the beginning of the new year as a way to psychologically push the “old me” and old habits into the past, making change appear more feasible.

About 44 percent of Americans adopt a New Year’s resolution, according to a 2017 Marist poll. The most common resolutions — being a better person (16 percent), losing weight and exercising more (10 percent each) — show that many people take on broad, difficult goals. With long-term failure rates ranging from 54 to 88 percent, how does one successfully complete a New Year’s resolution?

A series of studies from the University of Scranton tracked resolvers and their strategies over long periods of time to see which practices determined success. The first takeaway is to actually make a resolution. The 2002 study found people who started their goal around New Year’s were over 10 times more likely to succeed than those who wanted to start later.

The research also suggests that some approaches to change are more effective than others. Two Scranton studies from 1989 —one following participants for six months and the other for two years — found people were more likely to succeed if they had a high readiness for change and implemented gradual reward systems.

Successful participants were also less likely to practice self-blame or wishful thinking, yet they on average slipped up 14 times over two years, with over half slipping up at least once. This suggests that effectively completing resolutions doesn’t mean avoiding errors but rather interpreting them as temporary setbacks and not apocalyptic failures.

Resolvers found long-term success when they shared their resolutions with others, reaping social support and reinforcement in the process. Interestingly, such interpersonal strategies only predicted success after six months, meaning individual legwork is crucial from the start.

One can avoid many a pitfall by walking in the shoes of these participants’ best habits, but for more specific advice, consider the productivity buff’s favorite tool, the SMART goal. As explained in an NIH blog post, effective goals meet certain criteria, namely being specific, measurable, achievable, realistic and time-bound, per the acronym.

By creating a SMART goal, a resolver is able to actively and effectively track progress and maintain motivation. For instance, this technique improves the broad and ambiguous goal of “losing weight” by specifying monthly weight targets, days and times to go to the gym and how many days per week to skip dessert.

Most people looking to achieve great personal improvements in 2019 won’t succeed, and that’s okay – change is difficult. But applying these tried-and-true methods of altering behavior can significantly ease the road to a successful resolution.

Zack is a junior in Engineering.