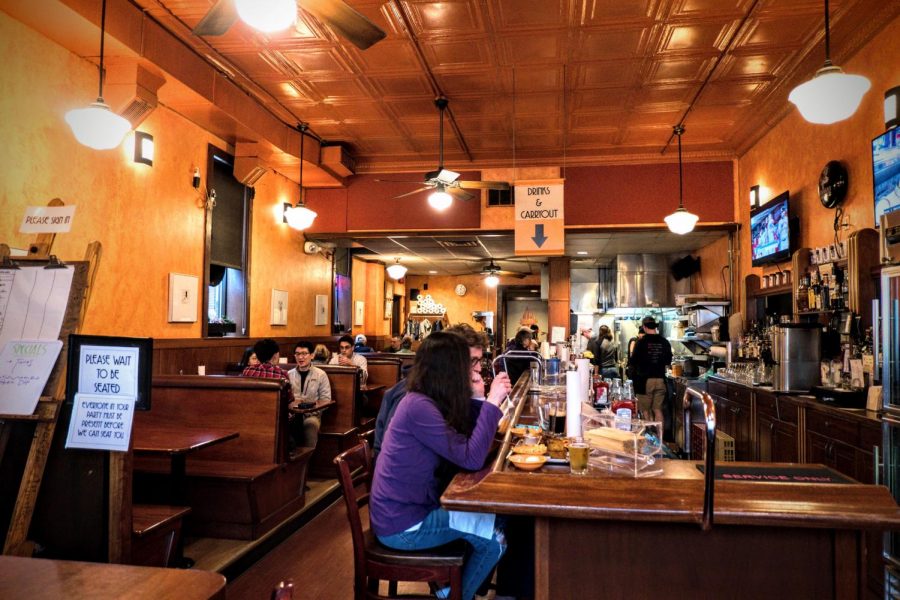 Being away from home can be distressing for a multitude of reasons, not the least of which is having the distinct discomfort of not recognizing any of your food choices. But, international students, have no fear — eating like an American doesn’t necessarily mean giving up food from your native country. In fact, it often means the opposite.

America is a myriad of cultures, and the cuisine reflects this. In the majority of American cities one can find dozens of different types of eateries, ranging in menu from Mediterranean to Chinese to Mexican to food from Jupiter.

Campustown is no different. Housing an array of restaurants, Champaign is sure to provide you with food options that’ll make you feel at home. Even the dorm cafeterias host specialty restaurants like Taste of Asia and La Cocina on certain days.

There is a catch, however. Though eating like an American doesn’t mean you have to eliminate your native foods from your diet, there are certain rules of etiquette that come with dining in America.

Firstly, tipping your server is a must. A tip of 20% of the bill is considered polite, though if your waitress goes out of her way to keep your drink filled, or your waiter is consistently cracking perfectly timed jokes, you’re welcome to tip more than that general rule.

While they won’t cart you off to prison for not tipping, it is a huge breach of courtesy. The majority of a server’s pay comes from her tips, and she often make less than minimum wage.

As with any rule, there are exceptions to this policy. You are not expected to tip at fast food restaurants, ice cream parlors, food trucks or anywhere else someone does not come over to your table to take your order. Tip jars are often left out in such establishments, and if you really think a tip is deserved, tip away.

Secondly, Americans might eat meals at different times than you’re used to.

Breakfast starts the day around 7 or 8 a.m. This is often a smaller meal eaten at home — maybe toast, a couple of scrambled eggs, bacon or cereal. Lunch typically begins around 11 a.m. or noon and, as with breakfast, remains on the lighter side of meals.

Dinner is the big one in the United States. Americans sit down for the meal between 6 and 8 p.m. During this time, aptly dubbed “the dinner rush,” restaurants will probably be at their most crowded point of the day. For those wishing to eat later, be careful, as the kitchens of restaurants often start to close around 9 p.m.

Traditionally, Americans had brunch on Sundays so they could sleep in, though increasingly the term has been used to refer to any meal eaten too late to be called breakfast but too early to be called lunch. Linner, however, has no real day attached to it and is just a term used for a late lunch or early dinner.

Thirdly, the matter of dining utensils is an another topic of concern. Americans use the standard fork, knife, spoon and maybe the occasional spork. For many not from the country, the utensils used aren’t the strange part; it’s the way they’re used.

As a general rule, to eat like an American, always wield your utensils in your dominant hand.

Now you know how to eat like an American! Get out there, and try some hotdogs and deep-dish pizza. Or, you know, whatever it is you want to eat.