Play these video games to pass time in quarantine 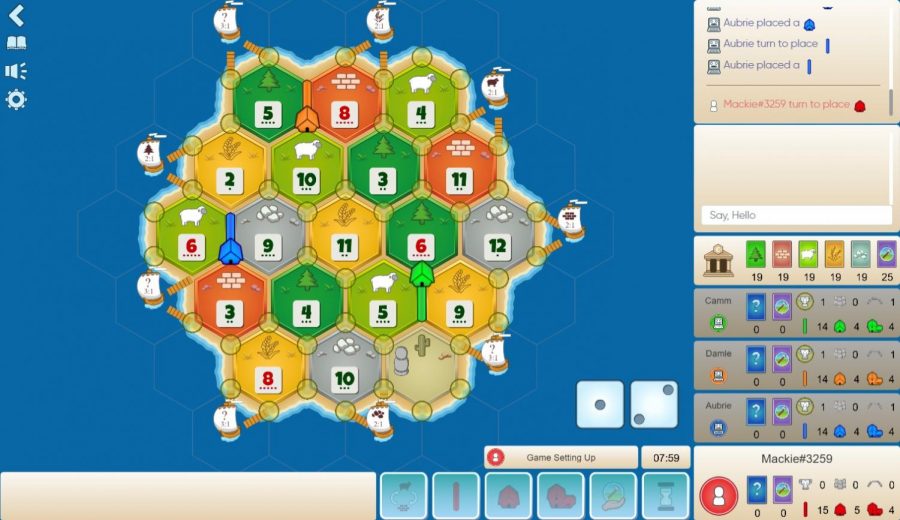 A user plays a game of Colonist.io online.

Playing video games in the comfort of your own living space is a safe and entertaining way to keep yourself occupied during your first 14 days of quarantine. You’re stuck inside your dormitory or apartment, and you’re looking for something to do. It’s only been a few days into quarantine and you’re already missing your friends, going out to eat and having a night out on the town; perhaps staying in and having a game night with your friends is a solution to your problems. However, to maximize the fun, make sure to have a means of communicating with one another, such as setting up a Zoom call, Discord server or a group FaceTime.

Here are a few games you can play online via a laptop, PC or tablet that are completely free.

Cards Against Humanity is a game where one player asks a question from a deck of black cards, while the other players have to answer with their given set of white cards. Whoever has the best response to the black card gets to keep it, and the best response is decided by the person who asked the question. The game has no winners and losers, but if you require a designated winner, setting a cap on the amount of black cards collected in order to win is a fair way to find a winner. All Bad Cards is the generic and free version of the game to play online with your friends. The game itself involves plenty of dark humor, so be wary of your audience.

The world renowned game Settlers of Catan is available for free on Steam, a video game digital distribution service. For those not familiar with the game, Settlers of Catan is a strategy based game where players collect resources to build roads, settlements and cities. The first player to reach 10 points wins the game. Players can play with up to three people, and if you want to play with four or more players, type in “colonist.io/#” into your search engine. It’s a generic version of the game, but it’s intuitive and easy to use.

If you’re willing to spend a few dollars on having fun, here are some games that don’t require professional gaming PC setups to play. First off, there are some Cooking Games, then there is the Jackbox Game which is a fantastic way to play a laundry list of games with your friends. All it takes is for one person to own a Jackbox Games title, and everybody else gets to enjoy the fun. To play, set up a Discord, Zoom, Google Hangouts or any other video conferencing service that allows screen sharing, have the owner of the Jackbox Games title share their screen and the rest of the group can use their mobile devices to play the game.

Popular Jackbox Games titles include Quiplash, where three to eight players are given a fill-in-the-blank prompt such as, “A double rainbow doesn’t have gold at the end of it. Instead, it has ______,”and must come up with a creative word or phrase, which will then be voted on by other players. The player with the most votes earns points, and at the end, whoever has the most points wins the game. The concept is similar to Cards Against Humanity but without the white cards. Another popular Jackbox Games title, Drawful 2, challenges players to draw prompts. It is similar to the concept of Pictionary, except Drawful 2 allows players to create custom prompts. Both Quiplash and Drawful 2 are currently on sale for $5.99 on the Jackbox Games website.

It’s not easy finding a way to keep yourself busy, especially when you have no choice but to be cooped up in your living space, but these games really help pass the time, you can also check out vanguard hack which provides a ton of cheats which you can use while playing your favorite games and give you a break from the stresses of being away from your friends.