Where to get your art fix filled 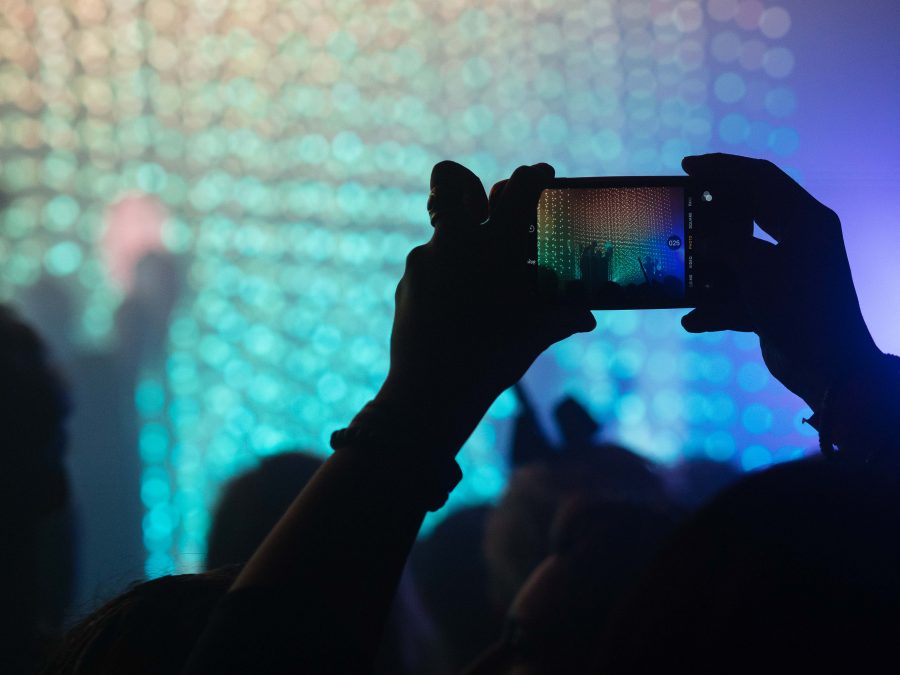 Purity performing at Canopy Club on Halloween in Urbana. Design editor Cindy recommends Canopy Club as a place to go for a concert.

The entertainment and music scene in Champaign-Urbana is pretty great. Being surrounded by cornfields, you would not expect many artists or performers to come here. That is not true. I have seen big headliners and small artists. To name a few I have seen Lil Wayne, Post Malone, The 1975 and Louis the Child. All of the shows have occurred on campus within walking distance and were reasonably priced.

Here are venues to check out for shows and events:

State Farm Center is not only the place where our men’s basketball team plays. It is also where big headliners perform. The center is huge and seats 15,500 people. I saw both Lil Wayne and The 1975 there. I never thought I would see a huge rapper and a UK band perform in Champaign. When my friend told me he had extra tickets to see Lil Wayne, I immediately took them. He performed hits like “A Milli” and “Love Me.” The concert definitely took me back a couple of years. The center was split in half and each show had a different vibe.

Canopy Club is much smaller compared to State Farm Center. The club holds around 700 people max. It is probably the best venue on campus because of its size. Smaller venues are more intimate. I saw Young The Giant there my freshman year and I was in the second row. They performed my favorite songs, “Strings” and “Islands.” The concert was incredible and is still my favorite concert to this day.  I also saw Louis the Child there my sophomore year. The tickets were around $15 and the show was so much fun.

Canopy Club also hosts other events besides concerts. Last semester I went to a dance showcase called Urbanite. I got to see some friends perform and showcase their talent.  Over 10 dance teams from different universities and surrounding areas performed that night. They even had a dance team from Mexico perform. Not only were the people on stage dancing, but the people in the crowd (me) were dancing too.

Krannert Center for the Performing Arts in Urbana

Krannert Center for the Performing Arts has every kind of show imaginable. They have plays, musicals and concerts. It consists of multiple stages and theaters. At the center I have seen the University Orchestra perform and attended a Brazilian Jazz show. Out of the blue my friend and I decided to go see the University Orchestra perform. We got dressed up, which you do not have to, and went. I have never seen an orchestra so it was a new experience for me. I would definitely go again. For the Brazilian Jazz show one of my classes offered extra credit if we attended a list of shows. I decided to go to the Brazilian Jazz show, and I do not even know Portuguese. The show was absolutely beautiful.

There are other venues, but I always go back to the three listed.  Make sure to check up on each venue’s calendar or follow them on social media. Some shows pop up randomly, and tickets are usually cheaper if you buy them in advance. Take advantage of the prices.

If you are not sure about a show or artist, just go! I promise you it will be fun.  I have not regretted going to any of the shows I went to.

Cindy is a senior in Media.