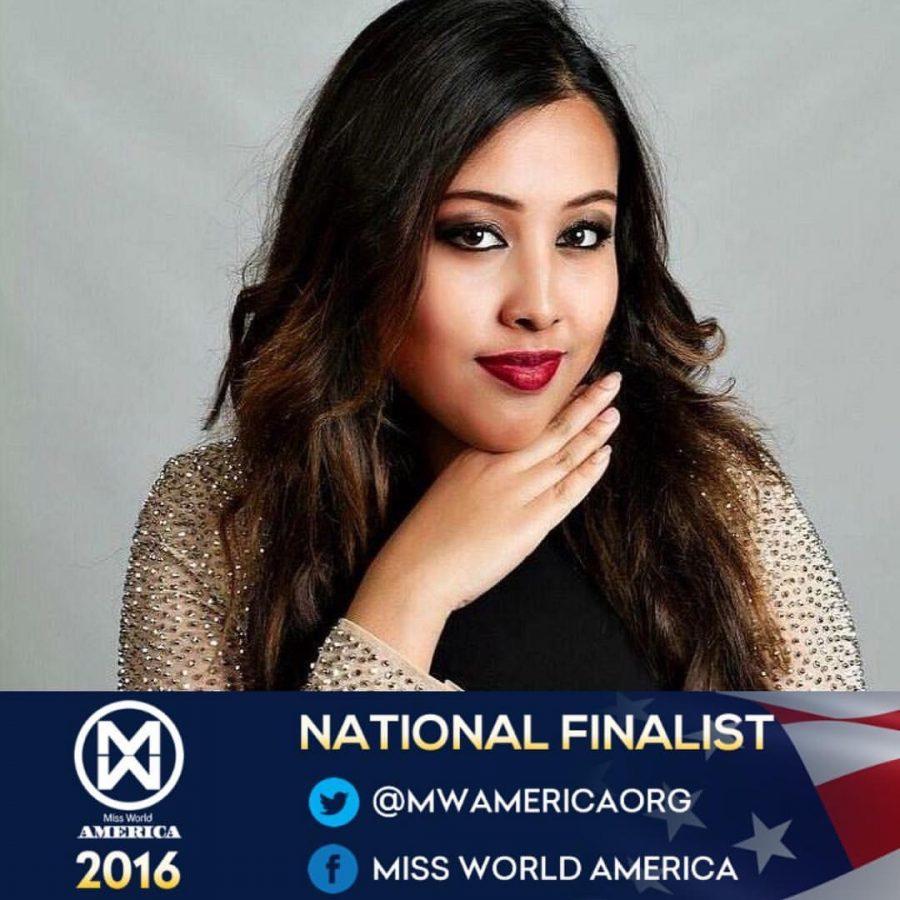 Most kids grow up hearing how cute or how talented they are. Hiam Hafizuddin, however, heard herself described as a “terrorist” and “jihadist.”

Those harsh words were directed at her by students and one teacher in elementary and middle school in Huntley, Illinois.

“I didn’t even have an understanding of those concepts at such a such a young age,” Hafizuddin, now 20 years old and a junior at the University, said.

That teacher was Islamophobic, a term heard too often today referring to one who expresses hatred or prejudice toward Muslims. Hafizuddin and the other student are Muslim.

Now, 13 years later and at Illinois, she is on the verge of becoming the first winner of the Miss World America pageant of Bangladeshi descent. Miss World is one of the oldest major international pageants. It is owned by the Miss World Organization and independent of the Miss Universe pageant.

“After everyone found out that I was competing and that I was the only Bangladeshi there, everyone just went crazy,” Hiam, whose effort has been covered by 30 Bangladeshi newspapers, said.

The Miss World America Competition will hold its finale July 8. It consists of a fitness test, interview portion and a speech on a certain topic, or philanthropy. Hiam’s philanthropy — “Unity through diversity: Bridging the gap between cultural competency and education” — is one on which she has been working her entire life.

“I’m really passionate about this because I myself have faced a lot of discrimination growing up,” Hiam said. “I am trying to do what I can so younger kids don’t have to go through this.”

Both of Hiam’s parents were born and raised in Bangladesh, located in South Asia and directly east of India. Bangladesh is approximately the size of Wisconsin, which has a population of around 5.73 million. Bangladesh has 162 million, making it one of the most populous countries on earth. Besides overpopulation, illiteracy, poverty and discrimination against women are also a commonality.

Bangladesh was in the news Saturday when Islamist militants reportedly killed 20 people in Dhaka, the country’s capital. The Islamic State claimed responsibility.

The Hafizuddins moved to the United States to avoid such problems and have more opportunities. Hiam learned about her native country through her mother, Nilofar Hafizuddin, a history teacher in the Algonquin School District near Chicago.

“(My mother) always taught me that even though I am born (in America), I am a Bangladeshi American, and I have a sense of social obligation that I do have to give to that country,” Hiam said. “She is the one that made me feel passionate about wanting to do something good for them.”

Hiam has pitched her philanthropy to elementary and high schools in the state. She wants schools to add a course similar to Illinois’ IConnect, a required workshop about diversity for new University students.

If the school districts do not have enough money to add such a class, Hiam said they could incorporate lessons into classes like Heath or Social Studies. Six or seven elementary schools in Hunltey are seriously considering her initiative, she says.

“I feel great that my hard work and persistence is paying off,” she said. “The more examples you get of success the more other places are willing to listen to you have to say.”

Hiam, along with Nilofar, began Miss Bangladesh USA as a Facebook page in March 2015 with an online pageant to give Bangladeshi girls a voice and to raise awareness for issues. It is the only pageant in the world specifically for Bangladeshi women.

Her pageant has a live show in Chicago on Aug. 6, and currently has 2,614 likes on Facebook. Hiam said she hopes future winners will go to Bangladesh to gather support from charities in the country. She hopes to give Bangladesh another reason to start its own pageant.

“Being from the United States as someone trying to help them, that backing would give them the courage to just do it (start a pageant),” Hiam said. “I want to be that resource and show them that don’t have to be scared. They can do what they believe in.”

Hiam is also working on a multimedia app as a third platform to advocate for positive and cultural change.

Despite Hiam’s efforts, discrimination in Bangladesh is not improving. BBC News reported Islamist extremism is on the rise.

“I think for awhile it (the mindset) has gotten better, but now with ISIS and all those other issues, I’m seeing kind of a regression, and a lot of the Islamophobia is kind of coming back,” Hiam said. “People are being racially profiled again.”

At Illinois, where she’s double majoring in finance and cinema studies, Hiam typically dresses in western attire. She has not personally felt discriminated against, but her friends say they have been.

Hiam is a member of the Alpha Epsilon Phi sorority, and she has sorority sisters who felt excluded by the swastikas drawn around campus. She has high-achieving Mexican-American friends who were offended by the politically charged chalkings, including ones saying, “Build the wall,” a reference to one of Republican presumptive presidential nominee Donald Trump’s campaign slogans.

Hiam’s sorority sisters did not address their concerns to University administrators, but back at Huntley Elementary School, Hiam’s parents addressed theirs to the principal.

Several teachers were removed, and the new teachers, Hiam said, were accepting of her. The principal and Hiam’s parents told Hiam to tolerate any similar issues going forward.

“They can’t hold you back,” they told her.

“I feel like ultimately, even though bad events occur, people generally want peace,” Hiam said. “The easiest way to go about achieving world peace is by accepting one another for our differences and celebrating those differences.

“When natural disasters occur … our world has the ability to come together. I feel like we can definitely work toward getting better diversity and acceptance.”

Correction: A previous edition of this article misstated the number of teachers in the Huntley School District that called Hiam a “terrorist” and “jihadist.” Those comments were made by only one teacher, not many. The Daily Illini regrets the error.