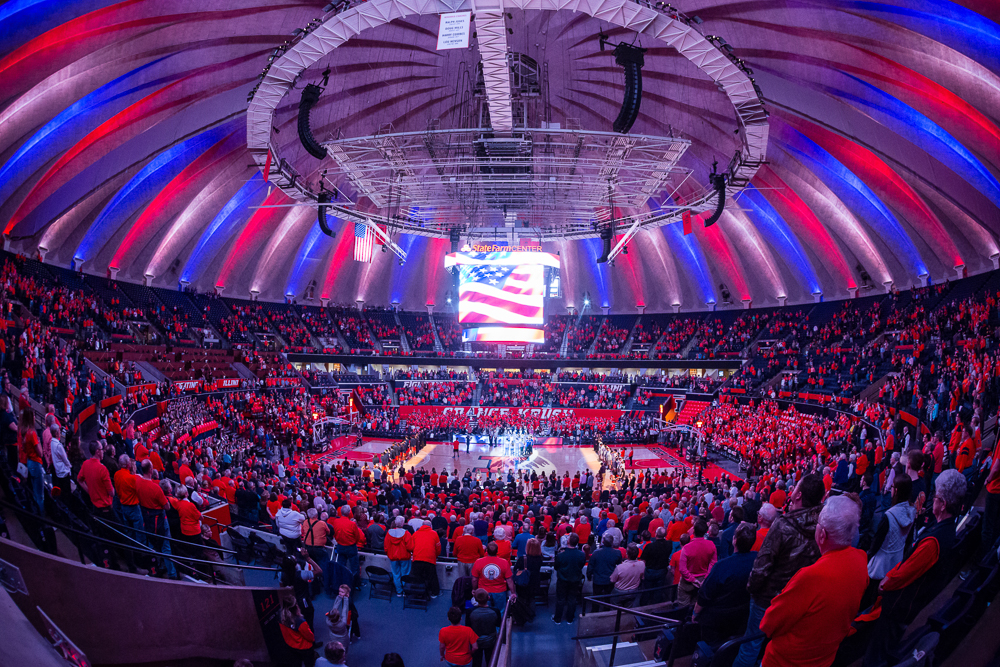 I am entering my fourth year at the University of Illinois. I have a little brother who is just starting his freshman year, and I am extremely jealous of him. Not only because he is going to get the whole freshman experience and has way more time left here than I do, but because he has a lot better chance of being at this school when it finally has strong basketball and football programs.

To the common fan, college athletic programs are judged by how good their basketball and football teams are. When I am talking to my friends who go to Alabama, Kentucky or Ole Miss, it doesn’t matter that Isaiah Martinez is the greatest wrestler the NCAA has seen in years, or that our men’s tennis team and women’s volleyball teams are perennial top 25 teams. They always seem to have a better basketball and football team.

Those teams are all incredibly fun to watch, and the athletes are outstanding, but no matter how good they are, it just doesn’t quite compare to the energy or the bragging rights that a great football or basketball team can bring to a campus.

The best word I can think of to describe our basketball team during my time here is underwhelming. The Illini did not make a single NCAA tournament since I have been here. Not even an all-time Illinois great in Malcolm Hill got to see Illinois in the bracket. Former head coach John Groce could never get the big win he needed, and it was incredibly frustrating for the fan base. That, combined with major recruiting loss after major recruiting loss resulted in a lot of underachieving seasons.

Football started promisingly my freshman year by making a bowl game, but a major scandal led to the firing of former head coach Tim Beckman. At that point, it looked like the football team was dead and buried.

But the fate of both programs changed in the past two years. First came Josh Whitman, the new athletic director that promised to turn around the school’s major programs. His first move, and I mean literally his first move, was firing Bill Cubit and hiring Lovie Smith. Immediately, Illinois football was back on the map.

After another disappointing season for basketball, Whitman fired Groce and brought in Brad Underwood as the new head coach.

Both sports are a long way from the top. They are both projects. Both teams are extremely young. Both new coaches have shown they can recruit big players in the state. Smith coached through last year with the hand he was dealt. The Illini did not do well, finishing with a 3-9 record. But now, after a full off season of recruiting, it is Smith’s turn to start stacking the deck.

Due to the lack of inexperience in both programs, neither me, nor my brother will likely see them go too far. But I think when he is in my shoes as a fourth year, he will be able to confidently argue his teams are just as good as his friends’ teams, or even better.

By then, Smith will have a roster full of players hand-picked specifically for his system, and Underwood’s now-promising freshmen — like Mark Smith and Trent Frazier — will be veterans that are playing with the top teams in the Big Ten.

My little brother and all of the other underclassmen will get the perks of watching both the process and the finished product of both of these programs. I hope they don’t take the experience for granted. I saw this campus go through the lows for both programs. I never got to see the highs. The underclassmen will see the process, and I can speak for that part. It has been fun to watch so far, but I would give anything to be able to see the finished product through the eyes of a student and not some old alumni.

In a couple of years, my brother will take the place of my friends that go to Alabama, Kentucky and Ole Miss, telling me about how his basketball and football teams are way better than the ones that were there when I went to school.