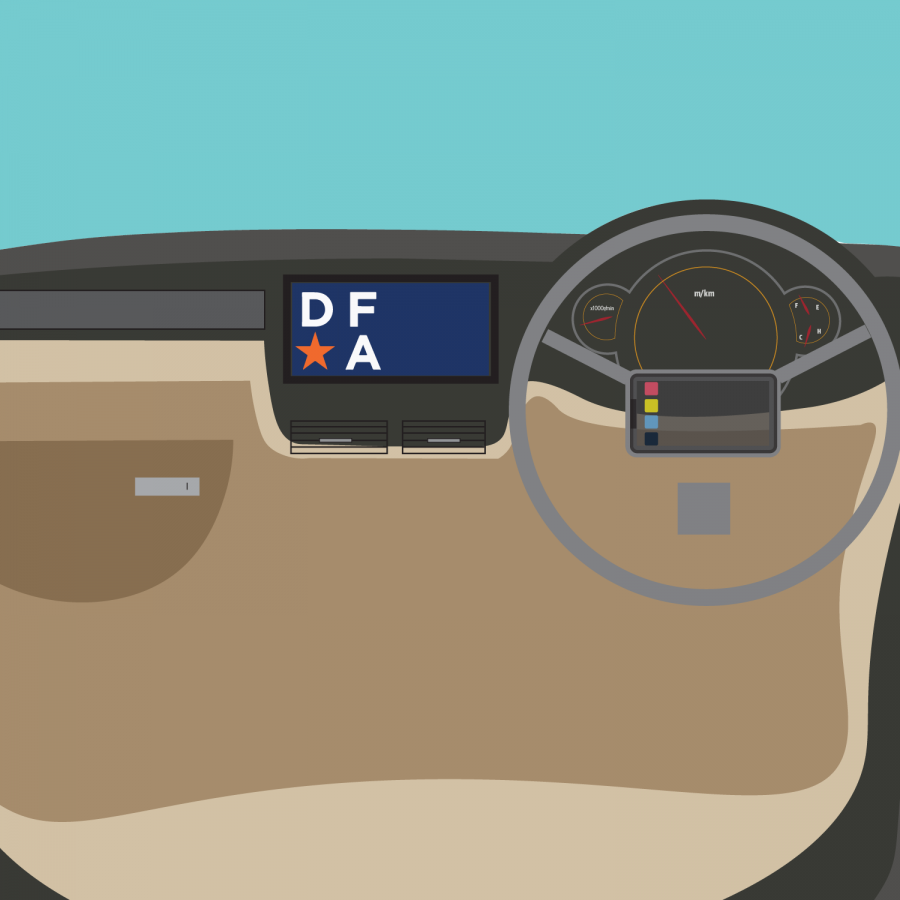 A self-driving Uber car struck and killed a woman last month, shedding light on a serious and prominent issue regarding autonomous vehicles. As part of a project facilitated by Design for America, a team of engineers at the University created a module that addresses the dangers of distracted driving in autonomous cars.

DFA is a national student-led organization that aims to build products and to develop solutions that solve real-world problems. Every year, DFA picks a sponsor and sends out a chosen prompt to the 38 active DFA organizations on college campuses in the United States.

This year’s sponsor, Fiat Chrysler Automobiles, challenged students to work with autonomous vehicles. Maheshwari and his team focused on distracted driving, as it is an issue that will only grow as autonomous cars become more popular in the market and on the streets.

Maheshwari said there is a misconception that autonomous cars are flawless and safe.

There is a misunderstanding in the functionality of the autonomous vehicle. The self-driving cars currently in the market are not completely autonomous and still require the attention of passengers and the driver. Future developments may lead to truly autonomous vehicles, but for now, drivers must remain attentive.

Maheshwari and his team created “LookUp!,” a steering wheel with an interactive digital module located in the center, which aims to limit distraction in autonomous vehicles. This module connects to the user’s phone through Bluetooth, allowing the driver to use the device while remaining attentive.

“We wanted to come up with a solution that allows the driver to do what they want to do — that’s why people invest in autonomous cars — but at the same time be engaged just enough so that you can assume control of the car as soon as something happens,” Maheshwari said.

Having a phone or interface on the steering wheel reduces re-engagement time by about 0.3 seconds. It might seem trivial, but Maheshwari’s team found, in research papers and through University professors, that even a timespan of 0.1 seconds is enough for a car to move 8 feet forward.

“Reducing the re-engagement time by 0.3 seconds means we will reduce the distance of the car by 24 feet,” Maheshwari said, “which is a matter of life and death on the highways.”

Maheshwari said the “LookUp!” team particularly took user behaviors into consideration; it accepted that people are likely to use their phones in the car, despite dangers of autonomous vehicles.

“LookUp!” is different from other programs that aim to lessen distracted driving. While other programs solely prevent drivers from using their phones in cars, “LookUp!” promotes safer driving habits.

Aayushi Patel, sophomore in LAS and team media coordinator, created the logo for the team and documented the team’s trip to Nationals, which were held on Feb. 1-2 at the Fiat Chrysler Automobiles headquarters in Auburn Hills, Michigan.

Aayushi added that because the University is relatively far away from large towns and cities, it is important that students think about what is happening in the world outside of campus.

“This project acts as a bridge between our campus and the real world,” Aayushi said.

Creating “LookUp!” was not completely smooth, however. Junior in LAS Kieran Patel said the team had several challenges during development, such as figuring out dimensions and designing the steering wheel. In the beginning stages, team members had various ideas for the project and struggled to agree on one.

“It was an interdisciplinary team. There were different majors, which meant different ways of thinking,” Kieran said.

Kieran said one significant component of the project was to bring awareness to the issue of distracted driving. By presenting “LookUp!” to FCA, his team emphasized the importance of localizing attention in autonomous vehicles.

“The real issue is the gap between the attention and the control of the driver,” Kieran said.