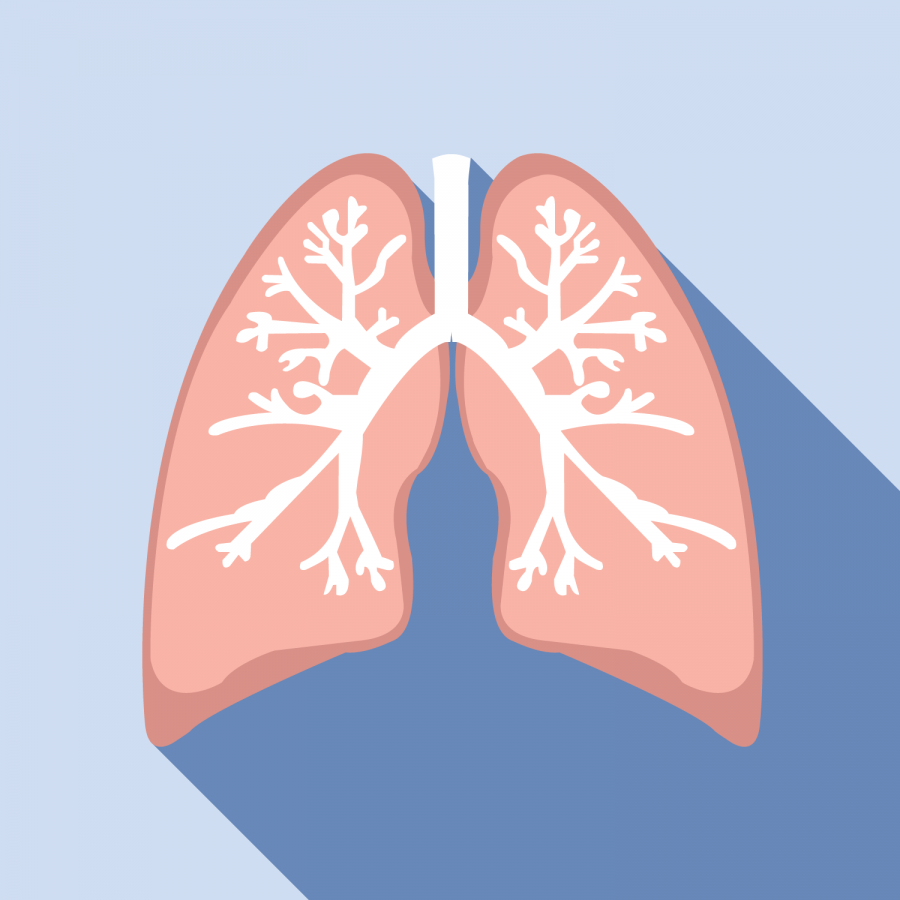 esearchers at the University recently made a breakthrough related to the treatment of cystic fibrosis, a genetic disease affecting the respiratory system. According to the Cystic Fibrosis Foundation, there are more than 30,000 diagnosed cases of CF in the U.S. with approximately 1,000 new cases being diagnosed each year.

CF is a genetic disorder where the cystic fibrosis transmembrane conductance regulator gene has mutated. This gene is responsible for manufacturing the CFTR protein, which acts as a channel for the lung cells. The lack of this protein inhibits the ability of lung cells to properly channel chloride — a component of salt — and bicarbonate — baking soda — into the fluid that coats the lungs.

This inhibition has a number of unfortunate consequences. Chloride normally attracts water into the airway surface liquid. Without this, the liquid becomes much thicker than normal, causing it to become a mucus. This mucus captures bacteria more easily than usual, which is where the defective CFTR’s inability to shuttle bicarbonate becomes especially problematic. The lung cells typically rely on bicarbonate to resist bacterial infection.

With both the increased chance of attracting infections and the decreased ability to resist them, it becomes especially difficult for people suffering from CF to lead healthy lives. For this reason, the average life span for people with CF who live to adulthood is roughly 37 years, according to the U.S. National Library of Medicine. While there is some treatment available to those who have partially functional CFTR genes, there is little to no treatment possible for those whose CF creates a completely nonfunctional gene.

However, recent research has pointed to a possible source of hope for relief.

“We’re very hopeful and optimistic based on what we’ve seen in preclinical work,” said Martin D. Burke, professor in LAS.

His focus has been on the use of an antifungal agent, amphotericin, as an ion channel to replace the defective CFTR protein.

“I was thinking about the problem … and I got really excited about whether or not we could find small molecules to act as replacements for this missing protein, almost like a prosthesis on the molecular scale,” Burke said. “This is a natural product that evolved over hundreds of millions of years and has this extraordinary property of being able to self-assemble membranes and form ion channels.”

So far, Burke, in collaboration with Dr. Mike Welsh of the University of Iowa, has tested the use of amphotericin as a potential treatment for CF in three separate circumstances.

“We’ve been able to test it in primary epithelia — that is, from people with CF who donate their lungs when they get a transplant. We tested it in culture, and then we also tested it in pigs, and it worked in both of those cases,” Burke said.

The use of pigs was an especially useful step in ascertaining amphotericin’s viability as a solution.

“It turns out that that’s the best animal model we have for the disease in people … Pigs get CF in a very similar way to the way humans get CF in terms of the lung disease, whereas other animal models don’t,” Burke said.

Amphotericin is traditionally only deployed as an antifungal agent in emergencies and it is a well-known cause of kidney damage when introduced to the blood. However, there are already studies showing exposure to amphotericin via the lungs — the hypothetical treatment method for CF ­­— carries none of the dangerous side effects associated with amphotericin introduced by blood.

“We need to do longer-term studies that show that amphotericin can be tolerated longer-term, but there’s been studies showing for months that you can give amphotericin to the lungs and the patients seem to tolerate it very well,” Burke said. “The toxicity of the amphotericin seems to not be true if it’s inhaled.”

This is promising news. While further research is needed, treatments of amphotericin could have manageable side effects. If a treatment of amphotericin could be introduced in the form of an inhaler much like those carried by people with asthma, there could potentially be a real solution to living with a cystic fibrosis diagnosis on the horizon.

While only now coming to fruition, this project has been in the making for some time. Burke recounts meeting a young student with CF while in medical school.

“We were describing CF and talking, and she stopped me in the conversation and said ‘Look, it sounds like you know exactly what’s wrong: why can’t you fix it?’” Burke recalls. “It was a life-changing conversation for me … We’ve been working on this project for 14 years since my lab started, but we’ve been thinking about it for 20 years since that day.”

With the chemical research providing conclusive findings, the proposed amphotericin-based CF treatment can now move to clinical trials; but the research process is anything but over.

“We’re excited, but at the same time, honestly, we wanted to help people,” Burke said. “At this point, we’re just very committed to finding out: Can this approach translate into the clinic and help people?”