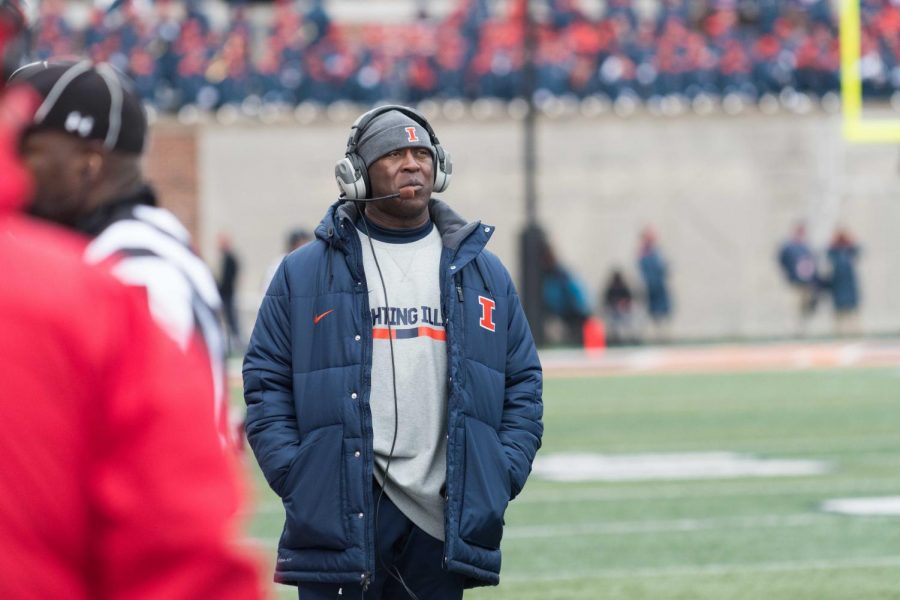 Illinois head coach Lovie Smith looks out over the field during the game against Wisconsin on Oct. 28. The Illini lost 24-10.

Virginia Tech quarterback AJ Bush has committed to Illinois as a grad-transfer for his final year of eligibility.

Throughout his collegiate career, Bush has been a bit of a journeyman as the Illini will be his fourth school in four years.

Out of high school, Bush was a 6-foot 3-inch dual-threat quarterback recruited by Nebraska.

After seeing no regular season playing time with the Cornhuskers, the Georgia native chose to transfer to Iowa Western Community College to avoid sitting out a year.

Sticking with Iowa Western for only a single season, Bush chose to transfer next to Virginia Tech where, once again, he saw little to no playing time with the emergence of redshirt sophomore Josh Jackson.

In his season with the Hokies, he completed seven of his 11 total passes for 99 yards and one touchdown.

Bush will be heading to the Fighting Illini in the fall and join three scholarship quarterbacks, sophomore Cam Thomas and freshmen MJ Rivers and Coran Taylor.