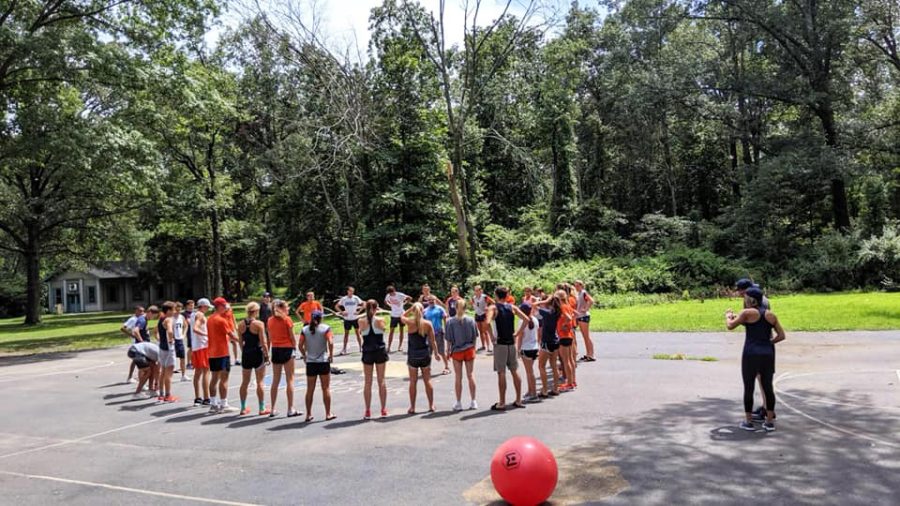 Illinois cross country teams prepare for a meet on Aug. 16. Both the men’s and women’s teams will begin their seasons at the Illini Open on Friday.

Illinois men’s and women’s cross country are set to kick off their seasons this Friday in Urbana at the Illini Open. Hosted at the UI Arboretum, the women’s 5K will begin at 5 p.m. and the men’s 8K at 5:40 p.m.

The women’s cross country program returns to action after a historic 2018 season. At the 2018 NCAA Midwest Regional, Illinois improved upon its 2017 24th place finish with a top-4 finish — making 2018 the team’s best finish at the Midwest Regional since 2009.

Also at play for the start of the Illini’s 2019 campaign is the return of all seven athletes who competed at the Midwest Regional the previous year: juniors Allison McGrath, Rebecca Craddock, Nicki Cast and Katie Stapleton and sophomores Madison Marasco, Caroline Fix and Emma Milburn. In total, the team has 17 returning players from the previous season, providing second-year head coach Sarah Haveman a familiar foundation to build her program around this year.

Six newcomers to the program will be making their orange and blue debuts at the Illini Open, including freshmen Olivia Howell and Emma Wilson, who have both earned national recognition for their cross country and track and field performances in high school. The pair are joined by classmates Katie Hohe, Brianna Lausev, Victoria Palma and Christina Pierini.

Davis will return after a standout 2017 season, during which he won the NCAA Midwest Regional and recorded the second-fastest 10K in the history of Illinois men’s cross country. Reiser comes into the fall after a successful indoor and outdoor track campaign, where he won two event titles and placed eighth in the 1500-meter at the Big Ten Championships.

Like their counterparts on the course, the men’s team also is welcoming new additions to the program this season. They will add seven runners to their program — all of whom come from the state of Illinois. Among the newcomers is Downers Grove native Jack Roberts, who was part of the Downers Grove North 3A state championship team in 2017. Roberts is joined by teammate Brendan Lockerby and by fellow freshmen Eddie Lennon, Michael Madiol, Bennett Melone, Will O’Brien and Edwin Siuda.

Following the Illini Open, Illinois will be on the road for the remainder of their season, traveling to Terre Haute, Indiana to compete in the John McNichols invite Sept. 21, then to the Ohio State Invite in Columbus, Ohio the following weekend.