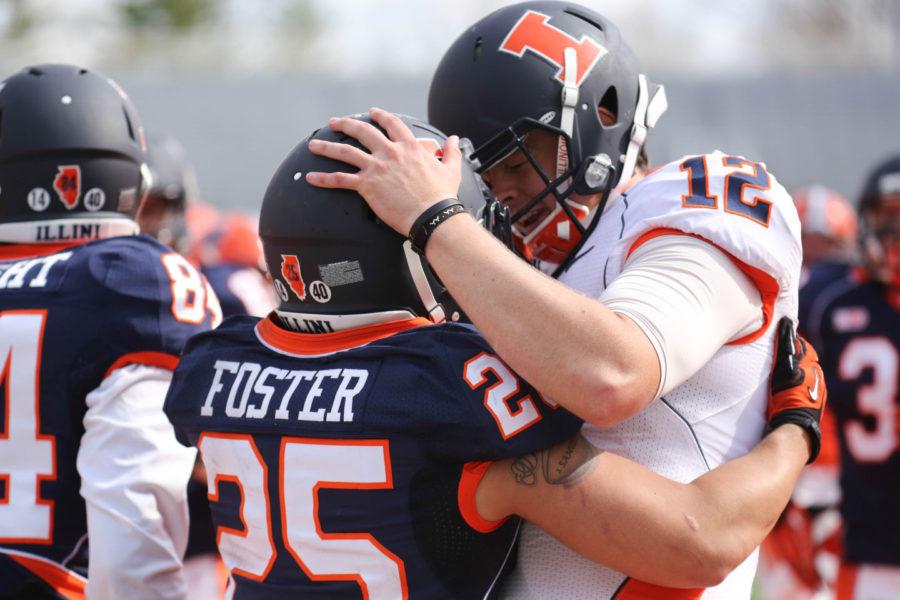 As Tim Beckman enters his third year as head coach, the Illinois football program enters a new phase as redshirt sophomore Wes Lunt takes over as the starting quarterback. He will face a Youngstown State team that finished 8-4 in 2013. Though the Illini are favorites, there are still plenty of questions, mainly defensive, that surround a team looking to improve on last season’s total of just four wins.

Ruiz, a sophomore, was the Missouri Valley Conference Freshman of the Year after he led the Penguins with 1,585 all-purpose yards. Meanwhile, the Illini run defense was anything but OK in 2013, as it surrendered an average of 238.6 yards per game. Defensive end Jihad Ward, a 6-6, 290-pound JUCO transfer, will look to make an immediate impact and set the tone for a defense looking to move past 2013.

Lunt, by all accounts, will be the most talented quarterback to take snaps in Champaign in quite some time. He is the prototypical pocket passer — the guy with the powerful arm and ability to make throws in tight windows. But he has not seen real game action since Nov. 3, 2012. All eyes will be on him Saturday. Youngstown State is a respectable FCS opponent that should provide Lunt the opportunity to adjust to game speed. For a little Throwback Thursday, the last time Lunt faced an FCS opponent his team won 84-0.

Memorial Stadium vs. the fans

The Illini fanbase made national news last November — for hilariously low attendance in Block I. Understandably, fans will not show for a losing team. But if this team performs well and starts to win, will the stadium start to fill up? Beckman can change a lot of minds by leading his team to its first bowl game since the 2011 season. Starting the season 1-0 will obviously put them one win closer to what could be considered Beckman’s most successful season to date.