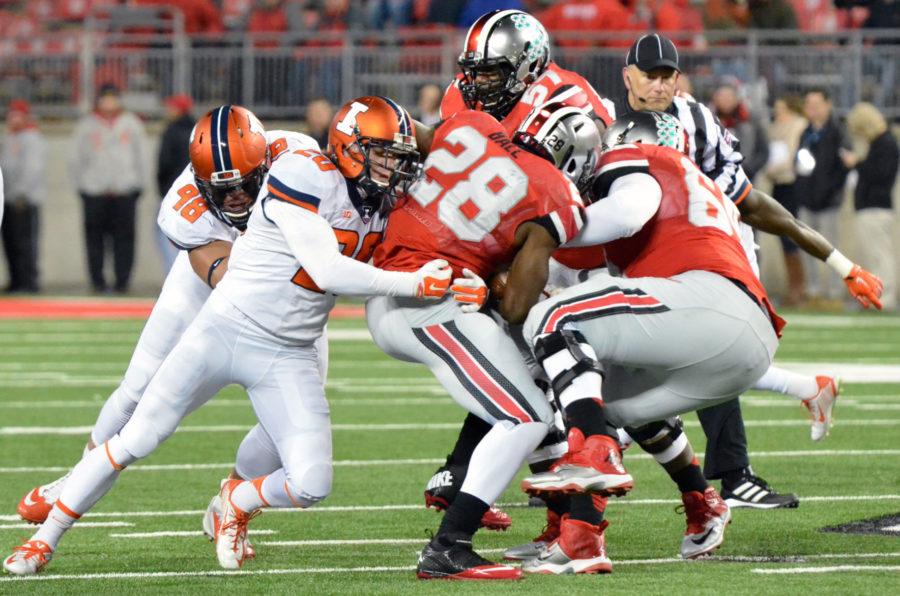 Illinois football plays three more games this season, all in the state of Illinois. After two consecutive home games, the Illini travel to Evanston to take on Northwestern. This weekend they are facing off against the Iowa Hawkeyes who — like the Illini — got shellacked in their last game, losing to Minnesota 51-14. This game is important if Illinois wants any shot at postseason play.

Tim Beckman vs. The Hot Seat

It seems likely the next three games will determine a lot about Tim Beckman’s future in Champaign. He already collected an impressive win against Minnesota during Homecoming weekend, but lost to a poor Purdue team as well. Beating Minnesota would seem to suggest any of the next three games are winnable. Losing to Purdue, however, muddies the water, and makes the next three games more difficult to predict. If Beckman can come away with two more wins this season, it would be awfully hard not to see a clear improvement, and he would keep his job as a result.

Wes Lunt has returned from injury, which is great news for the Illini. That being said, Illinois can’t afford another injury to its star quarterback. Lunt has shown to be somewhat of an injury-prone player throughout his career, and it doesn’t help that Illinois’ offensive line hasn’t been great this season. The O-line needs to protect its sophomore quarterback if it wants any chance at going to a bowl game this year. The good news for the Illini is that Iowa gave up 55 points to Minnesota last week, so the Hawkeyes’ defense may be showing some weaknesses.