Illinois swimming and diving earns a day off 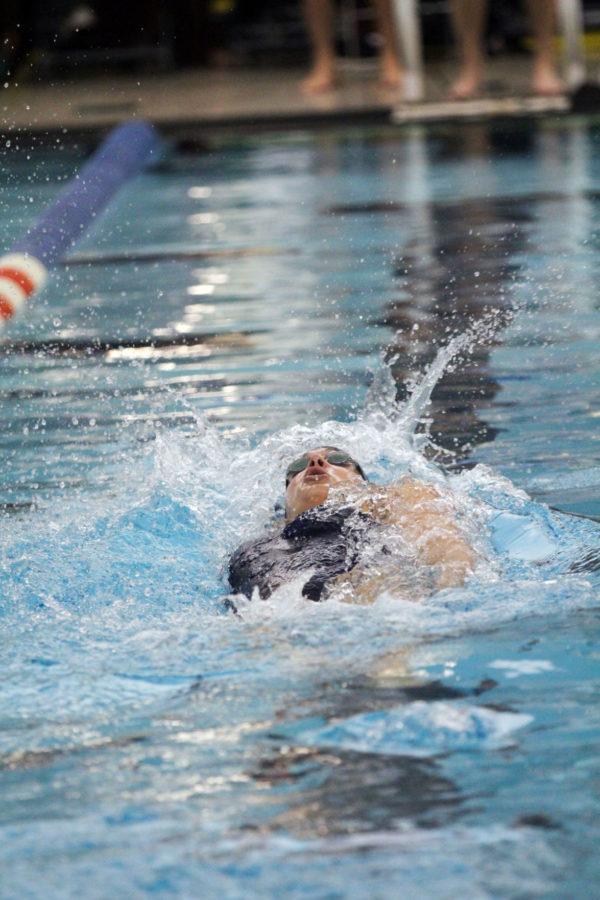 Illinois’ top swimmer, Alison Meng, will be an important part of the Missouri Invitational. Meng enjoyed the team’s day of rest on Monday in preparation for the three-day meet.

Before setting off to compete at the Missouri Invitational, the Illinois swimming and diving team received a surprise from the coaching staff Monday.

The Illini were given a gift they rarely receive during the season: a day off.

Having traveled on the road for the past three weeks and coming off what assistant coach Alec Hayden called the team’s toughest two meets of the year, the coaching staff decided a day off would better prepare the swimmers for the three-day meet ahead of them — as opposed to the more common one-day meets.

“It was a nice surprise for them,” Hayden said. “It gets everyone excited to come back and race this weekend.”

With the team having a little bit of rest this week, head coach Sue Novitsky said she is willing to go all out and have some of the top swimmers compete as much as needed.

The competition will provide a couple of tough competitors — undefeated Missouri and 3-1 Drury University to name a couple — and an extensive amount of swimming for the Illini’s top swimmers.

“We’ll have some kids who will probably compete in close to 20 races over the course of three days, and that’ll take its toll physically and mentally,” Novitsky said. “To be able to rebound from that, you have to experience it.”

Senior Alison Meng, who has been the team’s top swimmer, will most likely be one of the swimmers called upon most at Missouri.

Being aware of this, Meng was happy to spend a little time away from the pool Monday.

“It was really nice to get some extra rest before our long invite this weekend,” Meng said. “Any bit of rest helps so much at this point in the season because we’re pretty broken down.”

Every season, one of Novitsky’s main goals is to get the team in good condition by the time the Big Ten Championships take place.

With this invite in Missouri providing a similar meet schedule, Novitsky sees the weekend as a perfect opportunity for the team to familiarize itself with the demands of swimming three consecutive days against good competition.

“It’s good practice for the Big Ten Championships,” Novitsky said. “(You need) to be able to get yourself ready and learn how to swim fast in the morning to earn those night swims, which you can’t take for granted. You have to step up and be able to swim fast every day.”

Daniel can be reached at [email protected] and on Twitter