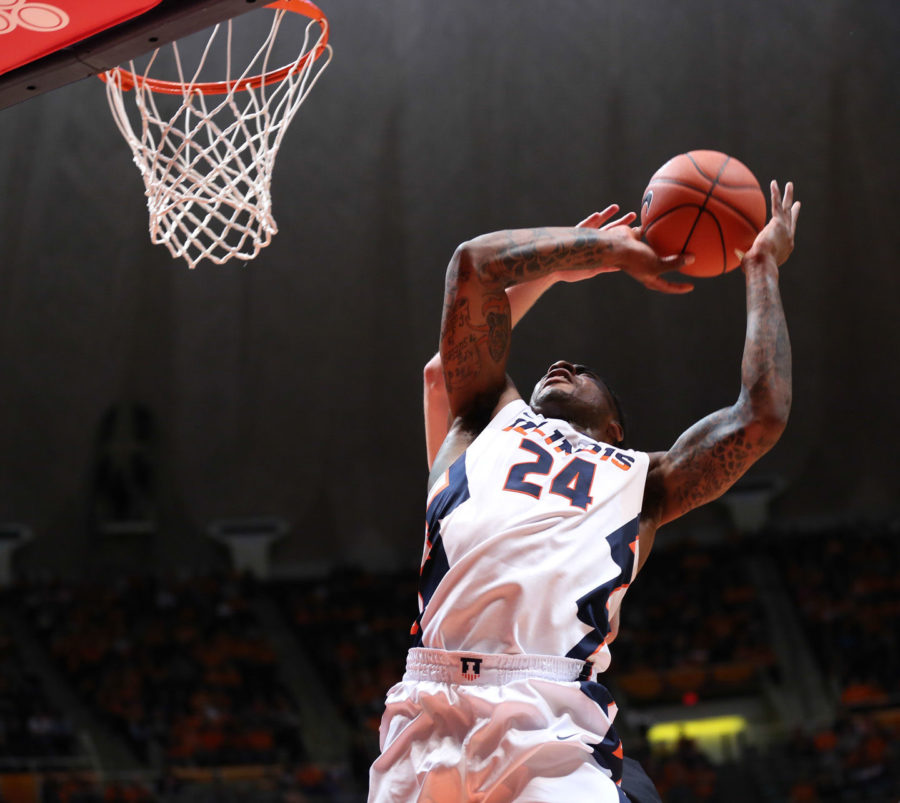 Illinois' Rayvonte Rice (24) draws contact while attempting a shot during the game against Kennesaw State at State Farm Center on Dec. 27, 2014. The Illini won 93-45.

Illinois guard Rayvonte Rice is out indefinitely after fracturing his non-shooting hand in practice Monday, head coach John Groce said Tuesday. Groce said Rice will undergo surgery on Wednesday and would not give a timetable for his return.

Rice had been Illinois’ leading scorer through 15 games this season, averaging 17.2 points per game. In two Big Ten games against Michigan and Ohio State, Rice scored eight and 20 points, respectively. The eight points against the Wolverines was Rice’s the only time he hasn’t reached double-figures all season.

Illinois’ only other double-digit scorer is forward Malcolm Hill, who is averaging 13.1 points per game.

If Rice does miss a significant amount of time, it’s uncertain what it would mean for Illinois’ rotation. Groce could insert Aaron Cosby back into the starting lineup alongside Kendrick Nunn, who had replaced Cosby in the starting five. With point guard Tracy Abrams already sidelined for the year with a torn ACL, the Rice injury makes the Illini even thinner at the guard positions.

Rice, a senior, has played and started in all 50 Illinois games since becoming eligible during the 2013-14 season. Rice previously played at Drake before transferring to his hometown team Champaign.

Illinois has a major challenge approaching Wednesday with No. 11 Maryland coming to State Farm Center. The 14-1 Terrapins have won seven in a row and have only lost to undefeated Virginia this year.