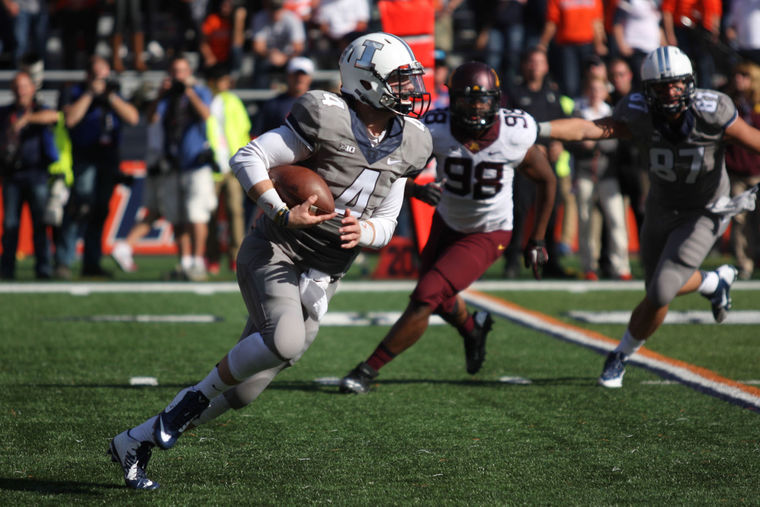 The 2015 NFL Draft is in the books, and as graduation rolls around, it’s time to say goodbye to the 2015 class of college football players. Here’s some superlatives for the draft class.

Most Likely to Succeed

Some experts thought Williams was bar-none the most talented player in the draft, even above Marcus Mariota and Jameis Winston. But Williams slipped all the way to the Jets at No. 6.

Waiting a little longer could pay dividends for Williams. If he plays to his potential, he could create one of the NFL’s most dominant defensive fronts.

Nick Saban pumps out a lot of pros from Alabama. He’s had 38 players drafted over the last five years, including 13 first-rounders.

While not all become NFL stars, several have become impact players. DePriest’s pedigree makes him one of the most promising undrafted free agent pick-ups.

The first-team All-SEC linebacker will try to make the Baltimore roster with former teammate C.J. Mosley, who was a first-year stud for the Ravens.

His sophomore year, DePriest finished second in tackles on the Crimson Tide — behind Mosley.

While he’s not as athletic as some scouts would have liked, he was a steady, solid leader for one of the nation’s top defenses. He could make some noise in training camp.

While Winston and Mariota will be thrust into starting positions right away, they’re doing so for teams with a litany of issues.

There’s a reason the Buccaneers and the Titans had the top two picks in the draft. Instead, as the fifth quarterback taken, Hundley finds himself in the best position.

While he’s not making the money that Winston and Mariota will, Hundley has time to learn from NFL MVP Aaron Rodgers and a coaching staff that has proven it can develop quarterbacks.

Hundley has always been an intriguing prospect, and he fell down draft boards this year because he’s raw.

The time he’ll get with the Packers to develop his natural talent and athleticism will be crucial and could end up making him a very good player.

Greatest Thing to Come to Those Who Wait

On Thursday night, Brown probably expected to hear his name called earlier than the final pick of the first round.

But his draft destination could end up being a perfect fit for him and the Patriots. New England lost the anchor of their defense, Vince Wilfork, in free agency.

Now the Patriots have two first round DT’s who could take Wilfork’s place, with Brown and Dominique Easley, who missed last year’s postseason run while on injured reserve. Brown has played a lot of different positions and could be as versatile and athletic as Wilfork was for New England. They’re also similar physically.

Each year the Patriots have won the Super Bowl, they’ve drafted a defensive lineman in the draft’s first round.

Strong has already chosen to wear No. 11, to represent the 10 wide receivers drafted before him last weekend. The wideout was the top receiver for the Sun Devils and named to the All-Pac-12 First Team.

He was projected by some to be a first round pick, but inexplicably slipped to the third round.

There were rumblings of injuries and conduct concerns, but Strong looks like a steal for Houston.

The Texans need a receiver to step up after saying goodbye to franchise-great Andre Johnson over the off-season. The big and mighty Strong could help fill that void.

Chris is a sophomore in Media.