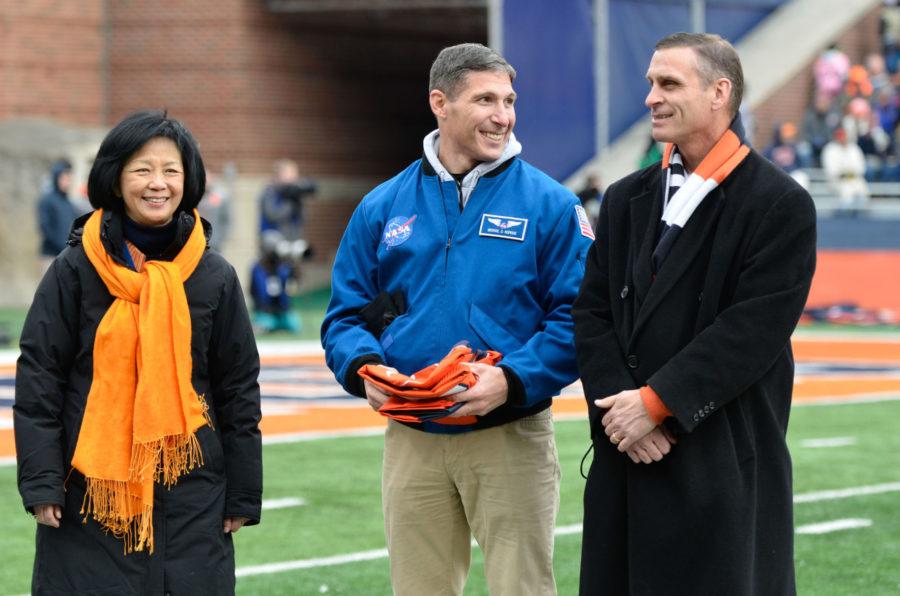 Simon Cvijanovic, a senior tackle who played at Illinois through the middle of the 2014 season, levied accusations against the Illinois athletic department and head football coach Tim Beckman in a series of tweets Sunday evening. He detailed “mistreatment” at the hands of Beckman and staff in relation to knee and shoulder injuries he suffered during his junior and senior seasons.

Thomas said he had no prior knowledge of anything that Cvijanovic had accused Beckman or the program of doing, but did say he would be following up with the Chancellor’s office and they would determine how to proceed.

He declined to elaborate who he would talk to or who he would be following up with, but he described Cvijanovic’s tweets as an “attack” on Beckman’s character.

He added that the review of allegations would not be transparent and its findings would not be revealed publicly. Thomas added that if there were any changes to department protocol, they would be made public.