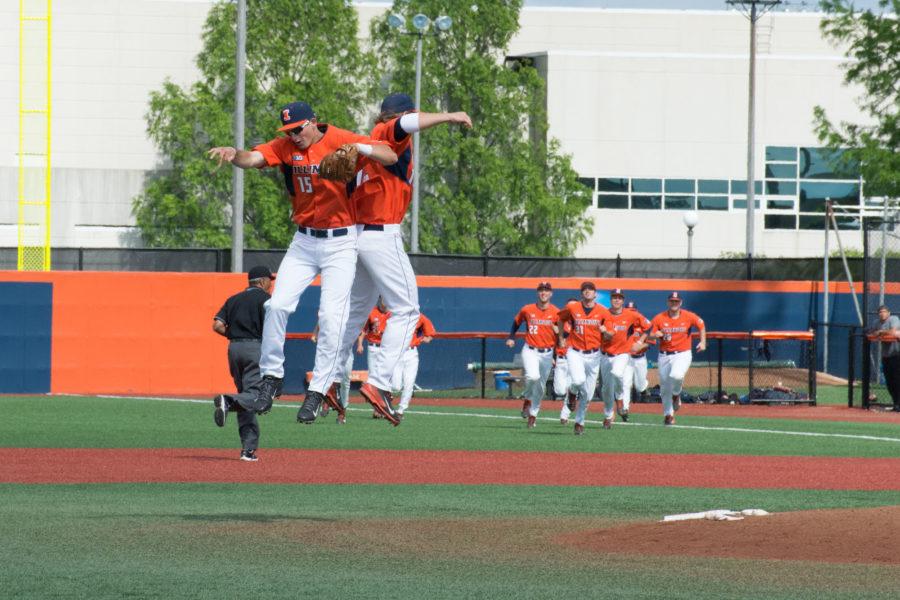 The Illinois baseball team is two wins away from reaching the College World Series for the first time in program history. Only one more opponent stands in the way: Vanderbilt, the defending CWS champions.

“I’m excited, very excited,” closer Tyler Jay said of facing the defending champs. “I played with a couple of those guys in the summer and I’m really looking forward to the chance to play against them, that’s for sure.”

June 6, the first game of a best-of-three series between the Illini and Commodores, will mark the first time that Illinois hosts a super regional.

“It’s kind of just a step in the process of getting to what we have really wanted to do the whole year,” Jay said after winning the Champaign Regional. “It’s nice that this comes along with it and you look back and it will be cool, but our goal is to get to Omaha (home of this year’s CWS) and win it.”

Going up against the defending champions is obviously not an easy task. Amongst its talented roster, Vanderbilt has two players that are finalists for the Golden Spikes Award, an accolade given annually to the country’s top amateur player.

Carson Fulmer, who was named SEC Pitcher of the Year this season, is the team’s other finalist. He led the conference in wins (12), strikeouts (147) and ERA (1.92) – he is second in the nation in strikeouts and wins. The junior is the only player in his conference with an ERA under two.

“They have some top draft pick arms,” first baseman David Kerian said. “We’ve been facing Tyler (Jay at practice) for a couple years, so we know what that’s like. They are a great team. They won last year. So we are going to be excited to go out there and just play like we have been.”

If any team in school history has what it takes to defeat the reigning champions, it would be this one. The team’s 50 wins this season are the most in program history, its 27-game winning streak is a Big Ten record, and it’s the only team to both host and win an NCAA Regional.

“Seeing our hard work and dedication payoff is nice,” Kerian said. “We have goals and everybody knows them…we’re going to get it done.”

Whenever Illinois’ season does end, whether it be against Vanderbilt or after they win a CWS championship, head coach Dan Hartleb knows the team will have a lot of enjoyable moments to reflect on.

“I know when it’s all said and done, we are going to be proud of the championships that we have won to this point,” Hartleb said. “But this group’s been businesslike. It’s one step at a time.”

Tweet: @Illinibaseball is two wins away from advancing to the College World Series #Illini