A new era of prominence for Big Ten football has arrived 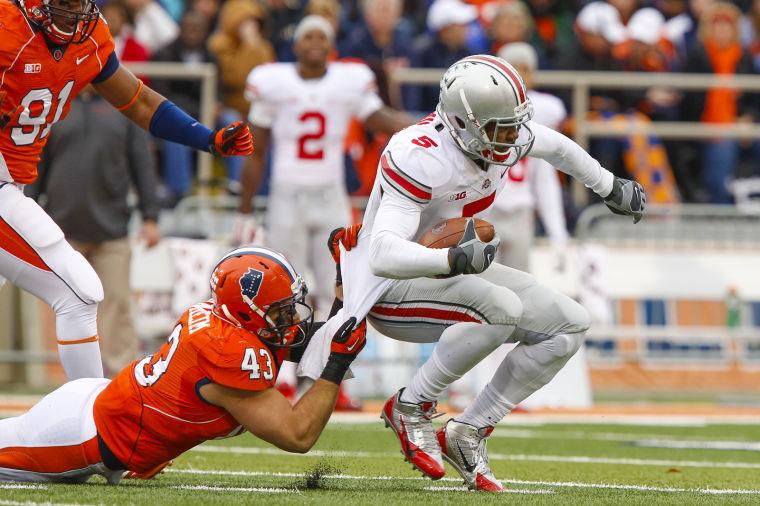 Conventional college football logic over the last decade suggests the Big Ten is a conference wallowing in mediocrity — especially when compared to the SEC, Pac 12 and Big 12.

This logic is so entrenched in college football thought among fans and pundits that it is seldom questioned.

With what has occurred over the last eight months, this mindset is beginning to be dismantled as the conference is undergoing a tremendous transformation away from its recent national reputation.

Now, led by the seemingly invincible Ohio State, the Big Ten is entering a new era of prominence and prosperity.

Prior to January 2015, the Big Ten was in the midst of a 12-year national championship drought and clinging to an unremarkable 13-15 record in BCS bowl games.

The Big Ten’s poor stature among the five major conferences was ultimately punctuated by two high-profile controversies; a moderately embarrassing one at Ohio State and a downright ugly one at Penn State.

Both scandals marred the esteemed prestige of two banner programs, of two respected head coaches and of a premier collegiate athletic conference.

This “revival” of the conference so to speak began in earnest in 2012, with the introduction of Urban Meyer in Columbus. Since his arrival, the Buckeyes have gone 38-3, won the Big Ten’s first national title in 12 seasons and have built a recruiting base in SEC country.

Above all, Meyer has revolutionized the program into one that emphasizes recruiting athletes at all positions on the field and recruiting in geographic regions typically unfamiliar to the Big Ten programs.

Spearheading the (re)emergence of the conference was Michigan State’s victory over Baylor in the Cotton Bowl and of course, the Buckeyes’ triumph in the inaugural College Football Playoff.

Not in a long time, maybe not ever, has the Big Ten seen such a talented crop of quarterbacks destined for future NFL roster spots.

Cardale Jones, J.T. Barrett, Christian Hackenberg and Connor Cook are all ready to take the conference to new heights for success at the position.

Even guys like Tommy Armstrong, Wes Lunt and Jake Rudock enter the year armed with expectations to change the fortunes of their respective programs.

It says a lot about the improving image of the Big Ten that Ohio State is so stacked with quarterback talent that former Big Ten Offensive Player of the Year Braxton Miller can utilize his athleticism to transition to wide receiver.

This unprecedented level of talent isn’t just at the quarterback position — it extends to every skill position on both sides of the field. The offensive skill positions are filled to the brim with playmakers including Corey Clement, De’Mornay Pierson-El and Leonte Carroo, to name a few.

All of a sudden, the Big Ten has become a go–to destination for the best available coaching minds. Just this last offseason the conference welcomed three new head coaches (all with college and NFL coaching experience) in Mike Riley, Paul Chryst and Jim Harbaugh.

Even the non-conference slate recognizes the revamped status of the Big Ten. Big wins over elite powers are there for the taking for Wisconsin (against Alabama in Dallas), Minnesota (at home against TCU) and Michigan State (hosting national runner-up Oregon).

Gone are the days of glorified preseason games against FCS weaklings.

Lastly, the Big Ten finally has its best chance in years to stop its nine-year period without a Heisman Trophy. Ezekiel Elliott, an early Heisman favorite, is primed to bring the award back to the conference for the first time since Troy Smith in 2006.

All of this optimism could just be a product of the intoxicating aroma of college football wafting in the air once again. Either way, the Big Ten has adapted to the changes the sport has wrought and positive growth is noticeable.

This season, it is time for that growth to expand even further and continue to build up the conference’s once damaged stock.

It is a splendid time to be a college football fan living in the Midwest. Embrace it.

Get ready, the #B1G is entering an era of football prominence, writes college football columnist @danescalona77