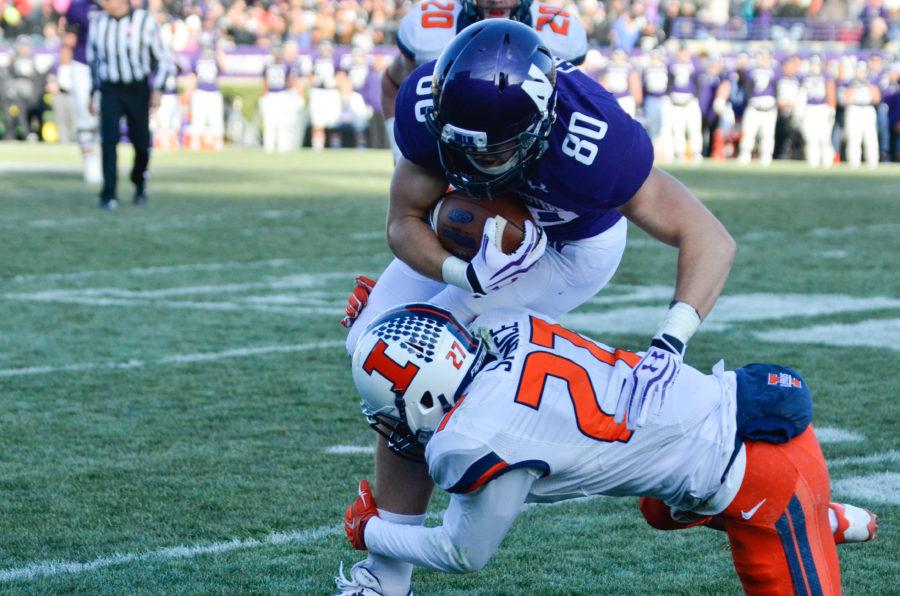 Former Northwestern quarterback Kain Colter was on the verge of leading a college sports revolution and becoming an icon of the labor movement in one swoop.

Instead, he has become a modern Sisyphus-like figure in a campaign to create a more equitable system in college athletics.

Colter was driving the effort of Northwestern football players downfield toward the end zone before the opposing defense — in this case the National Labor Relations Board — sacked him on fourth down.

In light of the NLRB’s unanimous decision to deny the right of Northwestern football players to unionize, the fight to classify college athletes as employees — and therefore entitle them to compensation and other privileges — has stalled.

With that, the recent momentum going in favor of establishing a more level playing field for college athletes has withered away.

Last week, the NLRB ruled against Colter and the rest of the Northwestern players. The decision overturned the March 2014 ruling by the NLRB’s District 13 regional director that the Northwestern players should be classified as university employees under the National Labor Relations Act, and therefore protect the players’ right to form a union.

The board, in overruling the 2014 decision, argued that the NLRB does not have jurisdiction over private universities and that “asserting jurisdiction over a single team would not promote stability in labor relations across the league.”

This decision comes on the heels of a recent surge in momentum in the direction for a renewed legal status of college athletes.

The 2014 NLRB decision and the recent Ed O’Bannon case were the main sources of the prevailing winds at the back of groundbreaking changes to the college athletics.

To review, Ed O’Bannon, a former basketball player at UCLA, sued the NCAA for using his likeness in a video game without consent and compensation.

The U.S. District Court of Northern California would eventually rule in favor of O’Bannon, claiming that the NCAA could not use an athlete’s image and likeness for commercial purposes without compensation. The ruling was a ringing criticism of the NCAA’s long-standing ban on college athletes receiving any sort of monetary compensation.

The shocking achievements of the 2014 NLRB and O’Bannon decisions have been countered somewhat by last week’s Northwestern decision.

Though the future of the legal status of college athletes has become much murkier, it is likely the issue may be revisited in the future.

In the NLRB’s most recent decision, the Board had somewhat of a caveat. It stated that the decision “does not preclude reconsideration of the issue in the future.”

This may offer hope to Colter and other athletes involved in the matter, but mere hope is not enough if college athletes wish to improve their position.

With college football season about to kick off, the last thing most fans want to do is consider issues such as the classification of college athletes as employees or unionization in college sports.

And if fans are not willing to step up and confront the issues, student-athletes beyond the confines of Northwestern must get involved.

Athletes at the most prestigious programs around the country must become involved if the issues spearheaded by Northwestern football players are to gain traction.

It is crucial the movement spread to Ohio State, to Alabama and Oregon and beyond. That is the only way pressure can be applied on institutions such as the NCAA and the NLRB and force them to act.

Otherwise, the NCAA’s algorithm that programs and reprograms the status quo in college sports will remain, and a system that exploits too many athletes will continue unchallenged.

Dan is a senior in Media.
[email protected]