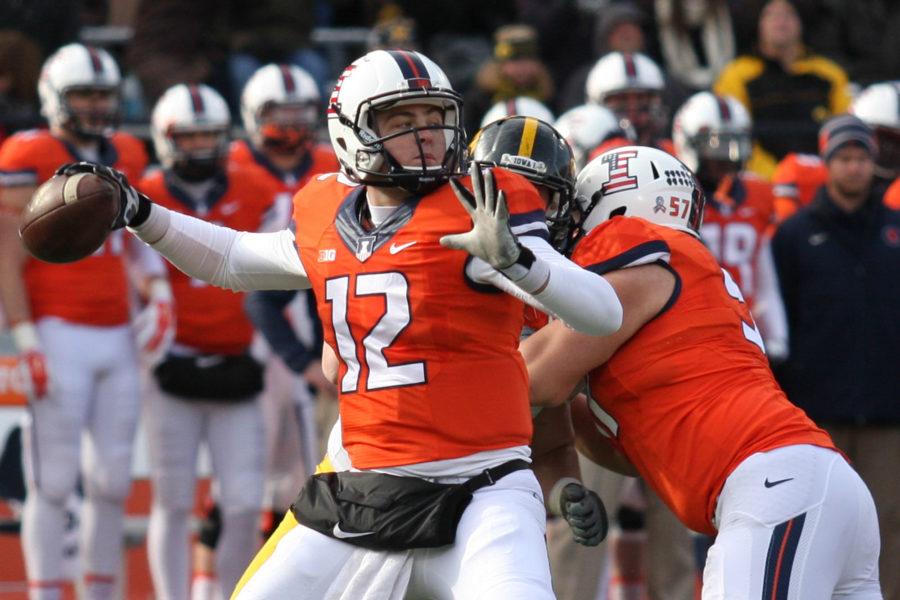 The fact that there’s an Illinois football game Friday is a big ole’ relief.

Most people — myself included — have been itching for Sept. 4 since the Illini lost to Louisiana Tech in December. But after all that has happened since May, it’s time to exhale: we’ve finally reached the season.

If you’re really in it for the sports, Friday should be a good day for you. The Illini should stomp Kent State. Like, totally throttle them.

Maybe you forgot, because of the total and utter chaos that was this summer, but this is an Illini team with a very good starting quarterback, a talented running back and a hungry defense.

They’re not Ohio State, but that doesn’t matter. These kids obviously care about their reputation as a football team — especially in the wake of Beckman’s dismissal — and they know their college careers could be on the line this season.

A head coaching change means transfers, a new coaching staff and general turmoil. If there’s another new head coach next season, a.k.a. anyone but Cubit, the program will take anywhere from one season to three trying to find its identity.

That’s not an endorsement of Cubit. He still has to do well this season and be left out of any remaining investigation results. But as far as these players are concerned, Cubit is the most important man in the world for the next four months.

So Friday is a football game. Illinois is playing a team from the MAC, which often seems like the Big Ten’s AAA younger brother. This is the best Illinois team since the 2011 season, and “coming together” — a phrase the players have repeated a lot since Friday’s firing — whipping Kent State seems like the only possible option for this team.

Wes Lunt said Monday that playing on a Friday night feels like playing in high school again. And the school spirit Friday might be higher than it will be for any other game this fall, excluding homecoming.

Newly finished Grange Grove looks really slick — slicker than the muddy parking lot it used to be — and despite offending high school coaches a bit by taking over their Friday night timeslot, this game should be rocking with orange.

So enjoy Friday night if you’re an Illini fan. It should be a win, a big win, and it should be nice to get back to football.

Or someone important could get hurt.