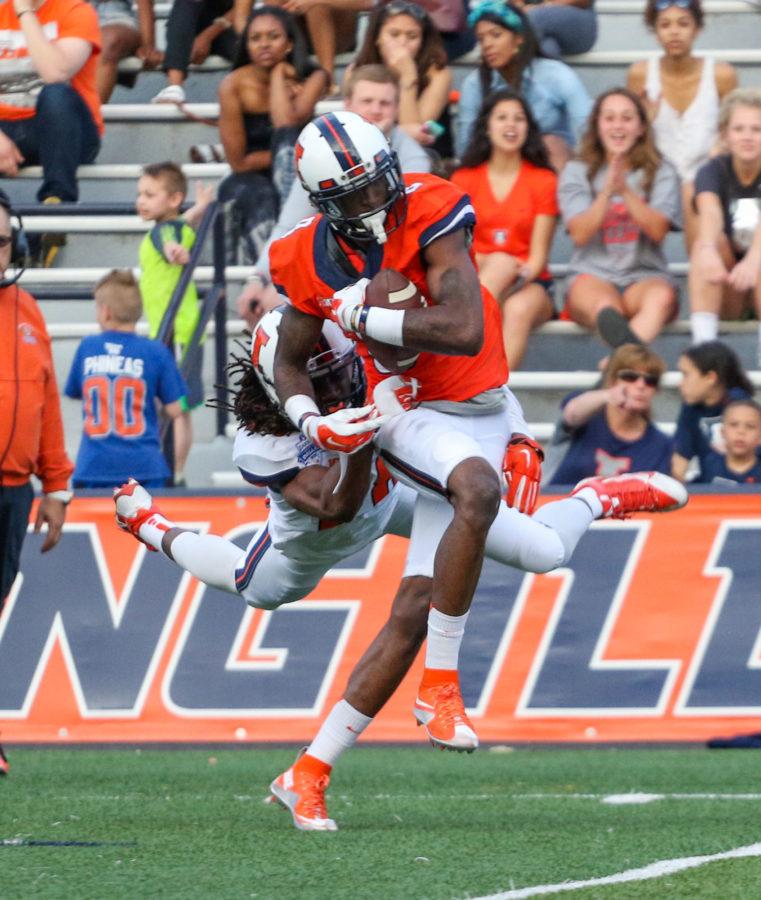 Most of the Illinois football players have not been in a Friday night game since their high school days.

This Friday, as Illinois opens the season at home under the lights against Kent State, brings a return to the old grind. It’s an opportunity to put the whirlwind week of press conferences behind and finally shift focus to the game itself.

Opening the season at home, Illinois will face Kent State (2-9, 1-6 MAC East) for the first time in the two programs’ histories. However, head coach Bill Cubit, in his time at Western Michigan, faced the Golden Flashes four times, splitting the series with two wins and two losses.

The game time is only one of the many differences the Illini face heading into the season. With the dismissal of Tim Beckman, Friday will be the first test of the program’s stability.

As the Illini have grappled with the leadership change, some players were quick to point out that the structure of the program has not really changed.

“Coach Cubit is an old-school guy, and that’s how he’s raised,” quarterback Wes Lunt said. “He’s a different coach, but he’s going to try and keep the same things that coach Beckman preached and wanted accomplished.”

The weekend after Beckman was fired saw lighter practices, with a return to a more normal schedule in the weekdays leading up to game day all in an effort to keep the spotlight on football.

In a campus surrounded by controversy, players have turned to each other and have stated that there’s now an increased drive to win on Friday.

“There’s no cloud (in our mindset),” offensive lineman Ted Karras said. “We feel like there’s a little of an added buzz to the whole thing with Friday night and with everything that’s happened. It’s been crazy, but we’ve seen a lot of stuff here, especially as seniors. We’re ready to go.”

For Cubit, as the players have come together, the coaching changes have been shaping up as well.

Wide receiver coach Mike Bellamy is out with a one game suspension for an NCAA recruiting violation. Stepping up will be quarterbacks coach Ryan Cubit, who will be up in the box on Friday, and former Illini quarterback Nathan Scheelhaase, who will play a role with the running backs. The Cubits have coached together for years, and Bill said having Ryan around to help direct the offense is vital, because his son knows how he thinks.

With Karras, Lunt, linebacker Mason Monheim, STAR Eric Finney and wide receiver Geronimo Allison named captains for the game, the Illini are trying to ignore the negativity surrounding the program, not worry about the students at the game and prove themselves under the lights.

“Something comes up every day … I want to make sure our kids are taken care of first,” Cubit said.