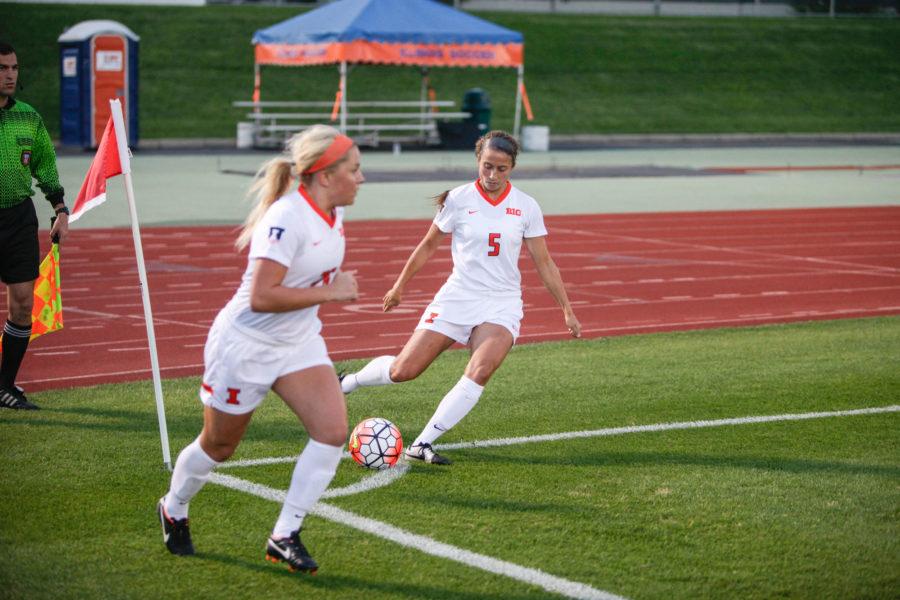 The Illinois soccer team travels to Indiana this weekend to kick off Big Ten play with matches against Indiana (3-3-2) Friday and Purdue (5-2) Sunday.

Illinois currently sports a favorable 6-1 record, and much like the Illini football team — who face its first opponent outside the FCS or MAC this weekend in Chapel Hill — the soccer squad has a lot to prove heading into conference play. The Illini ranked No. 5 in the Big Ten preseason coaches poll.

While the team has seen much success — with the exception of a 2-1 loss to Washington in early September — the true identity of the Illini is sure to come out during Big Ten play.

Purdue figures to be a more difficult opponent than Indiana based off records, but the Boilermakers have surprised some people with their early success.

Despite the low expectations for the Illini’s weekend opponents, Illinois head coach Janet Rayfield is not taking the matchups lightly.

“I just think that this is the start of the test,” Rayfield said. “It’s a different game when you get to conference play.”

Rayfield pointed out that once conference play comes along, it is not just about the opponent at hand, it is about rising up in the standings.

The Illini coach heard that the Boilermakers are one of the best attacking teams in the Big Ten, thus her team does not anticipate a blow out — Rayfield received that information from teams who have played Purdue this year.

While Rayfield correlated Indiana’s lack of substantial success with its young roster, she does not foresee her players taking anything for granted.

Junior defender Hope D’Addario is no stranger to Big Ten play and expressed that the team should use what it has learned without dwelling on the past.

D’Addario added that the focus is on preparing the underclassman for the start of conference play and letting them know that the intensity is at another level.

In terms of morale, spirits are high, but the players know that they still have naysayers.

“After the season that we had last year, and then after this non-conference season, they kind of are opposite of each other,” D’Addario said. “(People) don’t really know what to expect from us.”