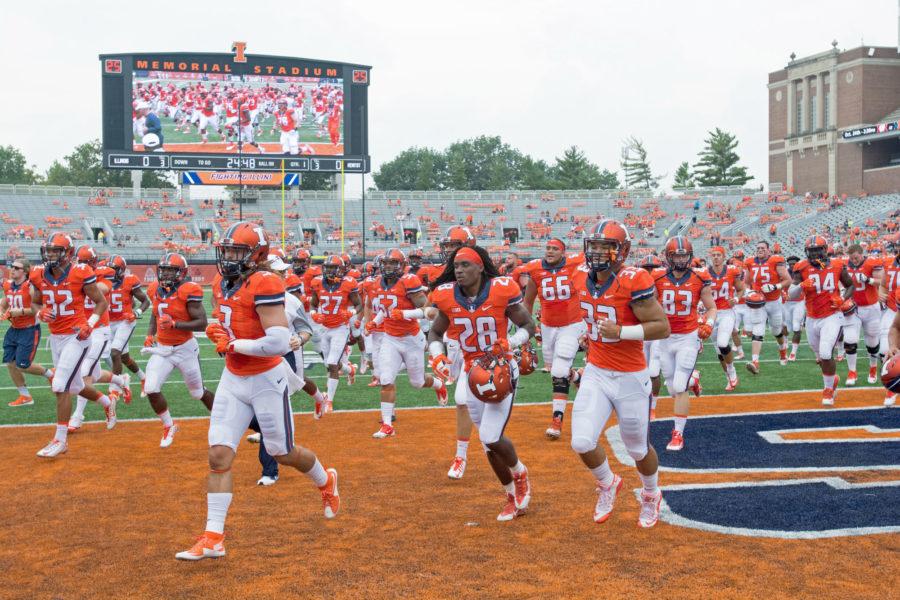 At Central Florida, before Cubit left, the pair were close friends. Stockstill, who was unmarried, came over to the Cubit’s often for dinner and to play with then-toddler Ryan in the Cubit front yard.

The years have passed, but the two have kept in touch.

They’ve had the experience of coaching their kids as quarterbacks at the collegiate level. Bill coached Ryan from 2003-2006 at Western Michigan, and now Ryan works as Illinois’ quarterbacks coach. Stockstill is now coaching his son Brent, a redshirt freshman quarterback.

“He’s a great human being and a great football coach,” Cubit said.

Both have head coaching jobs once again and are prepared to face each other Saturday in the teams’ third meeting and first since 2000.

The Illini will also be trying to “stripe the stadium,” urging fans to wear blue or orange specific to the section they sit in. The last time the University managed to stripe the stadium was in 2012.

The Illini are looking for a better passing game after struggling in its game against the Tar Heels. Quarterback Wes Lunt went 15-for-32 for 140 yards with one interception and no touchdowns. This was after he threw for 316 yards and one touchdown against Western Illinois.

But in terms of how he treats his receivers, Lunt said he tries to balance coaching styles.

“However coach Cubit and coach Bellamy are treating them, I try to be the opposite, the mediator of it,” Lunt said. “I think tough love is good to an extent because if we want to be a great football team, we need to make great plays.”

Lunt will have to be accurate this week — the Middle Tennessee State defense has already recorded seven interceptions this season.

The Illini defense will be defending a Blue Raider offense that has averaged 50 points a game and a quarterback in Stockstill that already has 891 passing yards and nine touchdowns this season.

With the head coaches’ close relationship, Cubit knows what his team is up against in his friend’s team and son.

“He’s a crafty, smart kid,” Cubit said. “He’s fun to watch, he’s got great grit and he just runs the whole show … We’ve got our work cut out for us.”