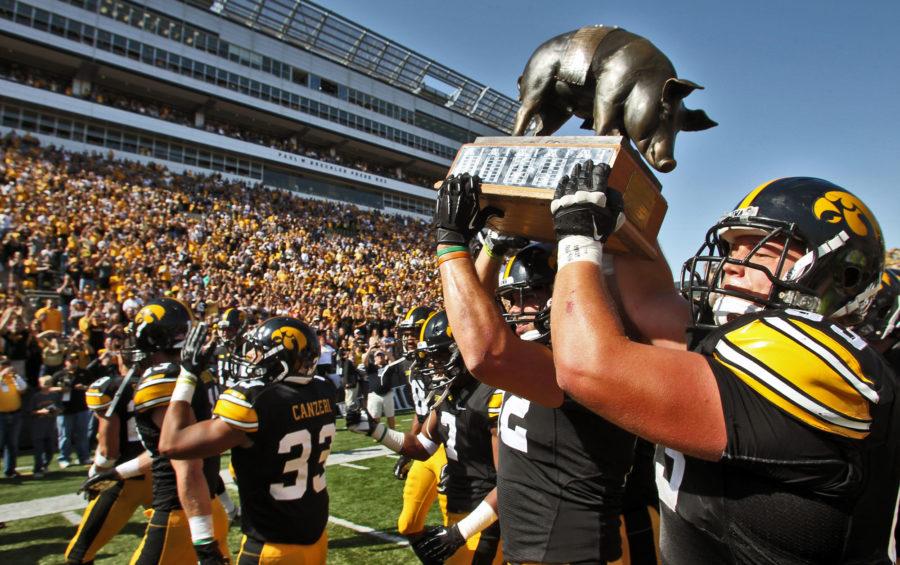 Running down the visiting team tunnel onto an opponent’s field can be a daunting task for college football players.

Players run from a narrow tunnel into a sea of the home team’s colors. Thousands if not hundreds of thousands of fans scream in unison at the visitors, often filled with boos, sometimes filled with words not suitable for print. Each school has its own traditions — Illinois football’s student section turns around when the visiting team runs onto the field.

While the run of terror might discourage some players, it encourages Bill Cubit. The Illinois head coach said he enjoys running onto the field as a visitor — it’s something fun. Players and coaches adopt an “us against the world” mentality, which can be more beneficial than the cheers of the home fans.

“You’re going into a hostile environment,” Cubit said. “You see all those fans, and you really want to quiet people down and when you do, it’s really a neat experience.”

The head coach looks at the positives of playing on the road rather then the negatives. He views the fans’ boos as cheers for his team — they are mad because his team did something well. Road games haven’t changed for him either despite his long coaching career. Each hotel room, bus, plane is new, but his mindset will never change.

Despite Cubit’s good relations with the road, the Illini haven’t fared well away from Memorial Stadium in the past 20 years. Illinois was 2-12 on the road under former head coach Tim Beckman, 13-26 under Ron Zook and 11-29 under Ron Turner. The team won at Northwestern and Purdue over the course of the past two seasons but also lost 55-14 at Ohio State, 45-14 at Nebraska and 44-19 at Washington.

Those past road difficulties aren’t a mystery to Cubit. He knows his players become too wound up early during the week and on gameday. When the opposing team makes a big play during the game, the Illini usually don’t bounce back.

But the Nebraska game showed that the Illini have learned from past mistakes. They hung around with the Cornhuskers and won the game in the last minute.

But playing on the road will be a different circumstance. The fans in the stands are cheering against the Illini rather than for the Illini.

The Big Ten is home to many different hostile environments, including Ohio State’s “Horseshoe” or Michigan’s “Big House.” Despite playing in these different venues, V’Angelo Bentley knows the crowds won’t have an effect on Illinois’ gameplan.

“I don’t think being on the road is a dramatic change from our home field,” the senior cornerback said. “We just have to go out there and execute, that’s the biggest thing.”

The team will fly to Iowa early Friday afternoon and go straight to the hotel. After dinner and a meeting, it’s lights out. A breakfast awaits in the morning then they ride a bus to the stadium. The habits don’t change even though Kinnick Stadium’s visiting locker room is painted pink.

“You have to go take road victories,” Karras said. “It’s going to be harder to come back with 51 seconds left on the road than it is in Memorial Stadium. We have to go take it. We have to have the mindset that we’re here to play and we want to get on the play in a good mood.”