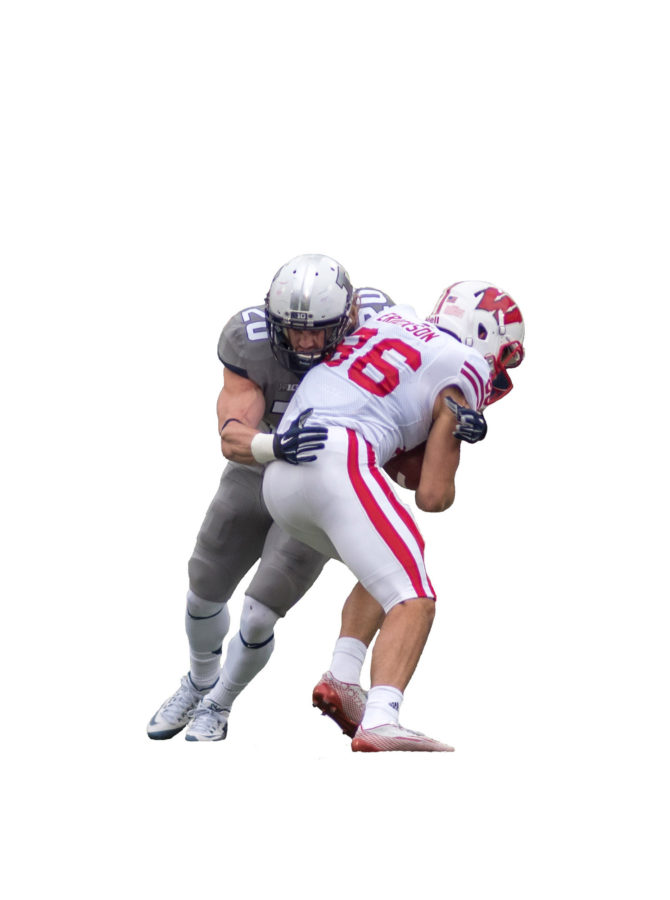 When tight end Tim Clary received his scholarship back in August, the Illinois football coaching staff knew who to ask to deliver the honors: safety Clayton Fejedelem.

Fejedelem hid the envelope in his helmet wrapped in a plastic bag so it didn’t ruin from sweat, until the moment he tapped Clary on the shoulder to share the news. Clary didn’t want to immediately acknowledge Fejedelem, but the moment was well worth it when Clary finally took the envelope and players crowded around to watch.

“Me and him fought for those scholarships,” Fejedelem said. “It was cool to see his eyes lighting up and the weight lifted off his shoulders.”

Fejedelem and Clary shared similar paths as walk-ons to starting for Illinois. So Fedejelem was thrilled he got to be the one to tell Clary. Both earned their scholarships and Fejedelem is proving this season why he deserved his.

Illinois’ defense is schemed in a way that demands a lot of activity from its safety. Fejedelem said the free safety is a free hitter in defensive coordinator Tim Banks’ scheme. In the past three seasons, a defensive back has been one of Illinois’ top tacklers.

“A lot of the plays we play a little differently where we’ll float the free down the box a little bit every now and then,” Fejedelem said. “This allows you to get another safety in there … We play cover four and if your corners can play man that allows you to have a nine-man box which is really effective in the run game.”

Fejedelem said Bank’s defensive style resembles that from his high school and St. Xavier days. He added that it was not a hard transition to make.

While the defensive line is performing well this season, Fejedelem has been a bright spot for an Illinois secondary that has given up several big plays. He was Illinois’ leading tackler in its last two games.

Head coach Bill Cubit said that defenses across the country often have a safety as one of their top tacklers because the scheme helps defend both the running and passing game.

“It says you got a pretty good safety coming down the hill,” Cubit said. “That’s why I really like that Clayton. I mean he doesn’t miss many tackles.”