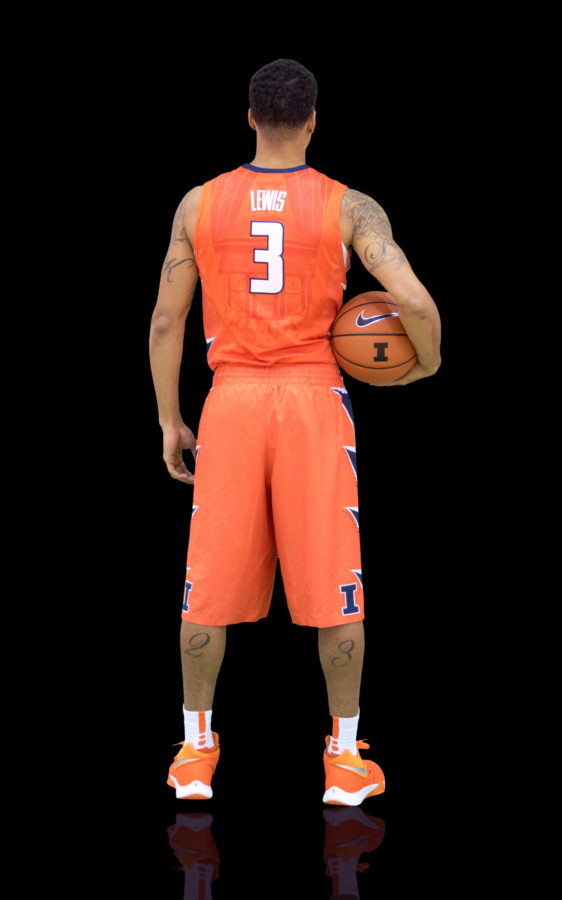 There will be a lot of newness for the Illinois men’s basketball team this season — new opponents, newly renovated stadium and even a new public address announcer, Tim Sinclair.

Most noticeably, though, the Illini will rely on a handful of new faces. With three freshmen and two graduate-transfers all likely to receive large chunks of minutes in the early stages of the season, this is not your father’s, or even your Illini.

One of the unfamiliar names that Sinclair will announce throughout the year belongs to fifth-year guard Khalid Lewis.

A graduate-transfer out of LaSalle, Lewis, committed to Illinois not long after Tracy Abrams’ injury and will provide immediate backcourt depth. Since the 6-foot-3 guard joined the team, head coach John Groce has had nothing but praise for Lewis.

“Lewis, thank goodness, is a very quick study and he picks things up very quickly,” Groce said. “He’s a very competitive kid, he’s a very tough kid, he cares and he’s worked very hard to learn and get a lot better. I’m really excited about him, he’s certainly exceeded my expectations.”

Lewis joined the team after their multi-week trip to Europe, so the ILLINI ALL-IN scrimmage at the end of October provided his first opportunity to impress. He finished with just four points and one assist, but his presence as a ball-handler was apparent.

It was during Illinois’ first exhibition game against UIS on Sunday when Lewis really showed the type of contributor he can be. In 24 minutes off the bench, he posted 13 points on 5-of-6 shooting and four assists, and it was one of his three 3-pointers in the first half that sparked a 17-0 Illini run.

Groce said players haven’t subbed out much during practice because of the team’s long list of injuries, which has allowed Lewis and the other fresh faces to develop quicker than usual.

“We’re a different team right now,” Groce said. “The one thing that has happened is (injuries) have benefitted the newcomers like Khalid Lewis. That has really accelerated their growth and development and hopefully that will be a good thing for us moving forward.”

Lewis started 18 games for LaSalle last season and finished the year averaging six points, two assists and two rebounds per game. His value comes from his ability to run the offense, and Lewis seems like the right fit for Groce’s pick-and-roll-orientated system. In each of the last two seasons, Illinois has finished fourth nationally in the amount of plays finished out of the pick-and-roll — last season, Lewis ranked in the 82nd percentile of pick-and-roll efficiency.

“Khalid has some of those natural instincts,” Groce said.

Even more important than the stats he can put up or his natural ability is Lewis’ ability to lead the team on and off the court. As one of the older players on the team, Lewis will be looked to provide stability for a young Illinois team.

As one of the longest tenured Illini, junior forward Malcolm Hill has already given Lewis a strong stamp of approval.

“I love Khalid,” Hill said. “He just wants to win. I call him the dad of the team because he speaks his mind. He’s not scared to say anything to anybody and we need that. I think he’s going to be a really good leader, and I think he’s fitting in well.”