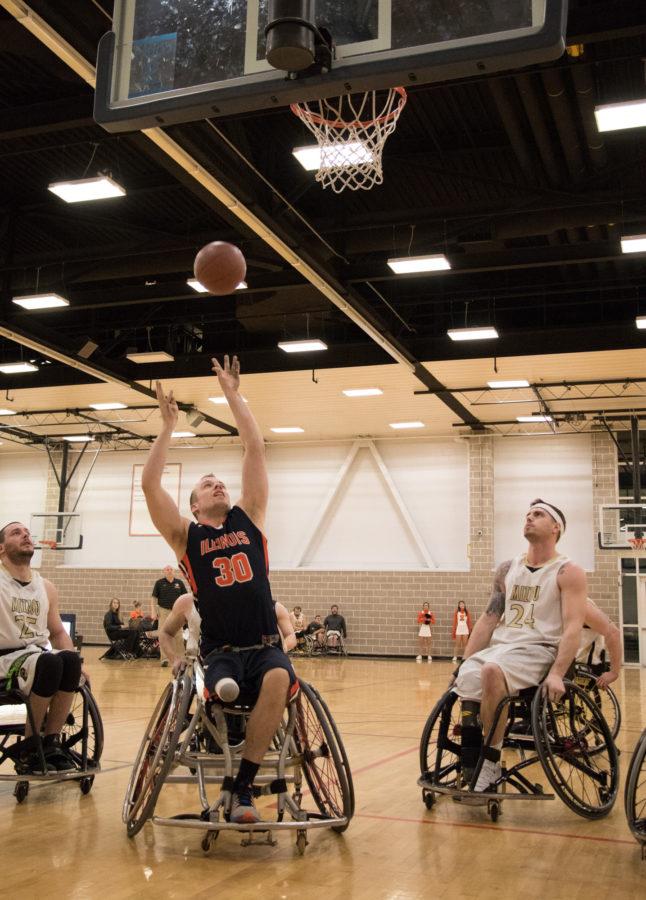 One of the better opportunities that a coach or player can receive is to represent their country in international competition. This past week, men’s wheelchair basketball coach Matt Buchibr got that chance.

Though it is still an honor, Buchi has plenty of prior experience coaching Team USA. He has been involved with USA basketball since 2009, and he was an assistant coach for the women’s team in the London 2012 Paralympic cyclebr.

After succeeding with the women’s team, Buchi was asked to apply for the men’s coaching position. He got the job and hasn’t looked back.

This time around Buchi took the USA Under-30 developmental team to Kitakyushu, Japanbrto participate in the Kitakyushu Champions’ Cup.

The group of players included athletes from all over the country, mostly with little or no prior experience with Team USA basketball.

“The players were mostly not part of the USA player pool yet,” Buchi said. “The guys on this team are more looking at being a part of the player pool for Tokyo in 2020br. When we select the teams for the Tokyo Paralympics, many of these players will be the guys that are considered.”

Competition in the tournament included teams from USA, Japan, Great Britain and Korea. Though it was considered a “friendly” tournament, Buchi said the games were competitive.

“We didn’t really have the performance that we wanted to have,” Buchi said. “It was tough but we had a good time with it and were able to show a lot of new guys what it’s like to play for Team USA.”

“(Having Derek and Ryan) really helped out a lot,” Buchi said. “There were some older and younger players there who weren’t really used to my system so I really relied on those guys to help out and talk with the others. It was a lot of fun to have them out there.”

Buchi said the experience will be especially beneficial to Hoot, who will be playing for the Illini this weekend at Wisconsin-Whitewaterbr.

“I think this experience is going to really help out Derek’s game,” Buchi said. “He was one of our top scorers in every game out there. It’s huge to do that internationally and I think it’s really going to improve his confidence and physicality.”

In addition to the experience his players gained, Buchi is excited for the recruiting benefit.

“The more of our athletes and staff from Illinois that we get out into the national team program, the easier it is to recruit athletes and bring more in,” Buchi said. “Us being a part of these programs looks great for prospective recruits so it is always nice to have our guys there.”

Buchi and Hoot returned to practice Wednesday, and are ready for a quick turn around as Illinois competes heads to Wisconsin this weekend.