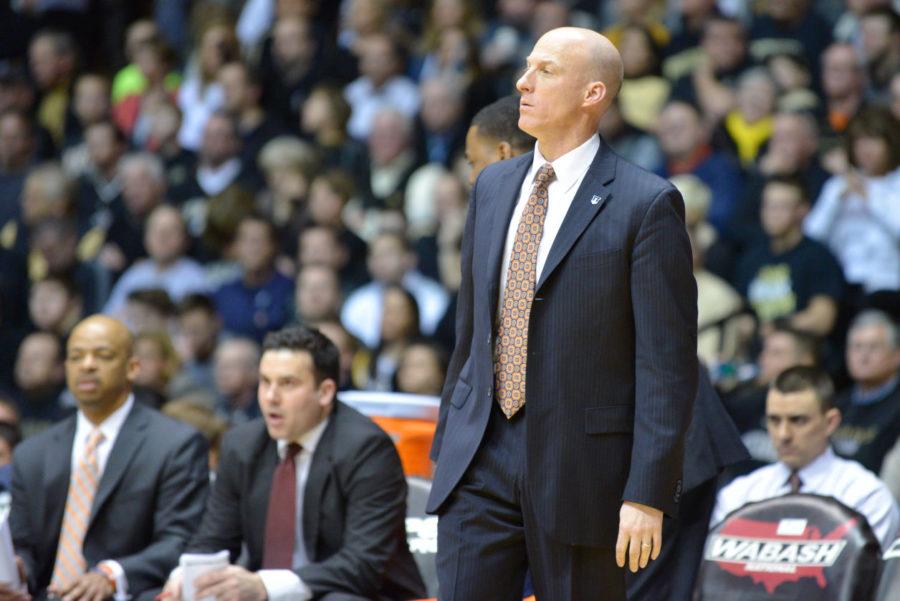 Illinois basketball has suffered from extremely poor starts in five games so far this year on its way to a 2-3 record. The Illini have trailed at halftime in each game and have fallen behind by double digits against every opponent except Providence. They’ve been outscored 197-156 in first halves this season.

Head coach John Groce doesn’t have an explanation for the sluggish starts, but said his team needs to come out with more fire from the jump. It’s one thing to say it, and another for his players to actually go out and execute.

Turnovers, poor defense and bad shooting have hurt the Illini all season and have contributed to the early-game holes they’ve been digging for themselves. They’re a young and injured bunch, but an overall solid performance against Providence and frantic comebacks in the North Dakota State, Chattanooga and Chicago State games prove that Illinois is capable of playing good basketball at times.

The question is, which Illini team will show up in Florida this weekend for the Emerald Coast Classic? The one who was a missed layup and dunk from beating Providence on the road, or the one that couldn’t get out of its own way over the course of four games to forget in Springfield?

If the Illini hope to be competitive this weekend, they simply have to be ready to play. They’ll need to be aggressive from the jump and try to dictate the tempo, because their opponents will bury them again if they play on their heels.

UAB awaits Friday as the Illini’s fourth out of six opponents who made the NCAA tournament last year. The Blazers were 16-15 in the regular season, but a championship run in the Conference USA tournament earned them a bid to the Dance. They return all five starters and a couple contributors off the bench from last year’s squad, and are favored over an Illinois team that has stumbled badly out of the gates.

Stopping Chris Cokley and Robert Brown will be the primary focus for the Illini, and keep an eye on sophomore point guard Nick Norton, as well. Norton is a Bloomington, Illinois, native who played the point effectively as a freshman and led the Blazers in assists.

UAB upset Iowa State in the NCAA tournament and will likely get a rematch with the Cyclones Saturday if it can edge Illinois Friday night. No. 4 Iowa State and Virginia Tech play on the other side of the bracket Friday to determine Saturday’s matchups.

Illinois can’t worry about facing an established, highly-ranked and extremely dangerous team like Iowa State yet. The Blazers pose a big enough challenge Friday, and will make the Illini pay if their trend of slow starts continues.