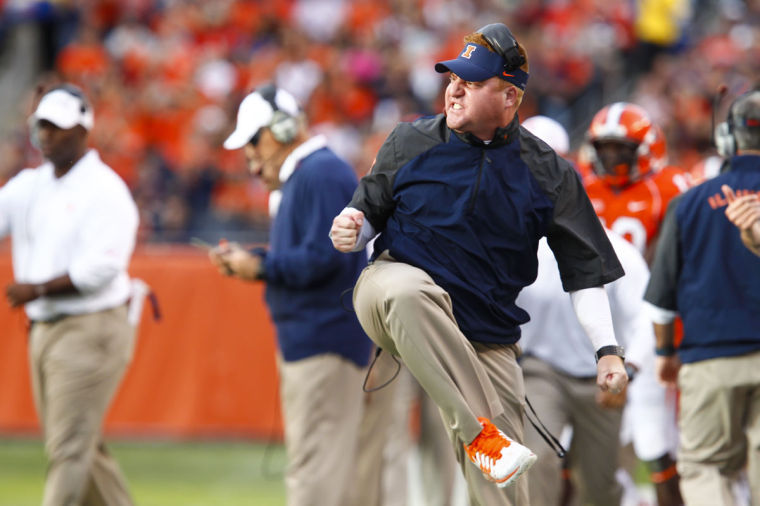 Illinois football running back Kendrick Foster announced that he plans to transfer from the University over Twitter on Monday.

The sophomore redshirted in 2013 and did not play in 2014. From Peoria, Illinois, he was a three-star recruit our of high school according to 247sport.com.

He finished with 78 yards on 15 carries with one touchdown in six appearances this season.

The Illini return Vaughn and Enyecnihi next season, and also get back freshmen Dre Brown and Reggie Corbin, who redshirted this season with injuries. Illinois also has a commitment from four-star running back Kentraill Moran of O’Fallon, Illinois.

Foster did not specify what school he would be transferring to.

The change comes on the same day that multiple media outlets have reported that assistant coach Alex Golesh is leaving Illinois to go to Iowa State. Golesh served as a running backs coach during his time at Illinois. According to Ames Tribune sports editor Bobby La Gesse, however, the deal is not finalized.

Both potential changes come just days after Illinois’ season-ending 24-14 loss to Northwestern and the announcement of a two-year extension given to head coach Bill Cubit.