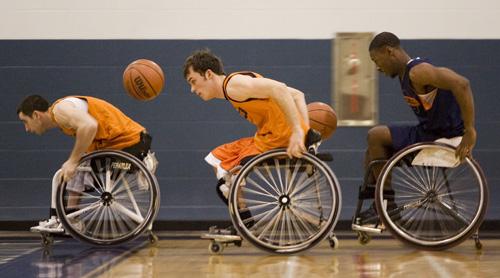 The men are joining a team with veteran Paralympians and eight members from the 2014 World Championship. Twenty-six players tried out for the team, as they competed in drills and “intense” practices from Jan. 3-6 at the Olympic Training Center in Colorado Springs. Colorado. An eight-member selection staff evaluated each player.

“We are pleased with the 16 athletes selected and think there is a nice balance between veterans and newcomers,” U.S. men’s wheelchair basketball head coach Ron Lykins said. “Our focus is now turned towards preparing our players to compete in Rio.”

Serio, who captained the 2015 Parapan Am Games team that won gold, will be in his fourth Paralympics, while Waller and Bell are heading to their second and first respectively.

The team will finalize its 12-member team in June after more evaluations and competitions. The 2016 Rio Paralympics will start Sept. 7.