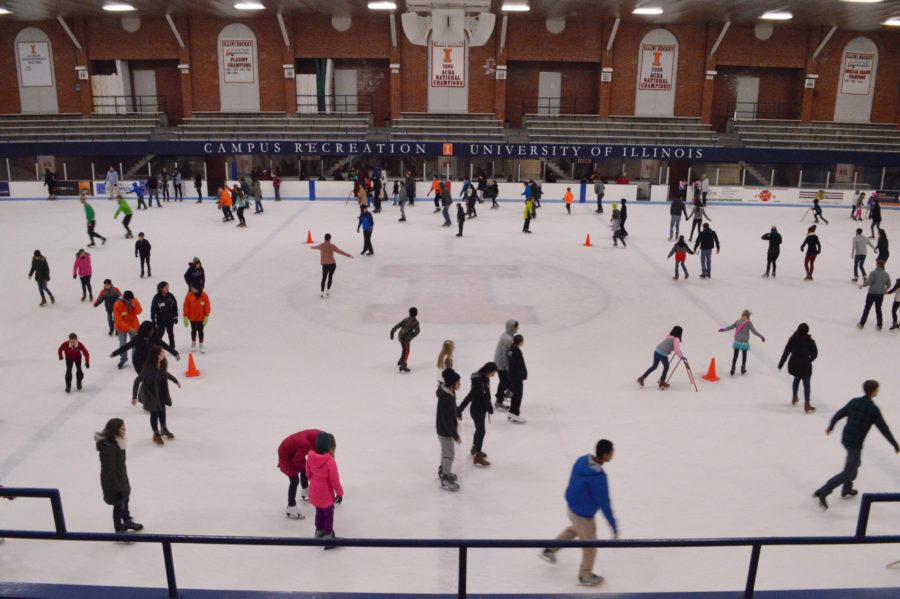 According to the press release, “taking all into consideration, the best solution is to utilize a new refrigeration system and ice mat. These will be installed until campus can determine the next steps with the goal of a new facility or larger renovation.”

Champaign-raised and silver and bronze speedskating medalist in the 2011 Vancouver Olympics Katherine Reutter believes these changes could potentially alter Champaign’s relationship with the speed skating community.

“The reason why that is a problem for the sport of speed skating is because it’s possible to skate short track on an NHL sized rink, but it reduces the speed that it’s possible to go considerably,” Reutter said.

The difference in rink size also make speed skating more dangerous because there is less space for skaters to carry their speed. Skaters are also more likely to injure themselves if they fall as they turn the corner, she said.

Reutter fears the changes in the rink’s width could inhibit future speed skaters from joining the Champaign-Urbana team. She believes this could alter the tides of Champaign-Urbana’s history with Olympic speed skaters, which also includes Olympic medalists Bonnie Blair and Jonathan Kuck.

Although speed skating practices can be accomplished on an NHL sized rink, Reutter thinks a smaller rink could detract competitors from the University. The potential renovations no longer follow the International Skating Union’s mandate that the width of rink must be 100 feet.

Ice Arena Associate Bill Zeman declined to comment on the potential changes in the arena’s width.

Champaign Regional Speed Skating President Andrew Troutt sees these renovations as an opportunity to update the arena’s mechanicals. Only a couple of years ago, the arena was closed for months because the malfunctioning mechanicals weren’t able to produce the necessary amount of ice for the rink, said Troutt.

However Troutt does have some concerns about the renovations, primarily that they could potentially detract from the rink’s charm.

“The ice getting a little bit narrower overall won’t have that much of an impact,” Troutt said. “I think it will take away from some of the appeal of a big sheet of ice. It will be more like every other piece of ice out there, but for the most part our practices will continue as always, and our organization will continue as always.”