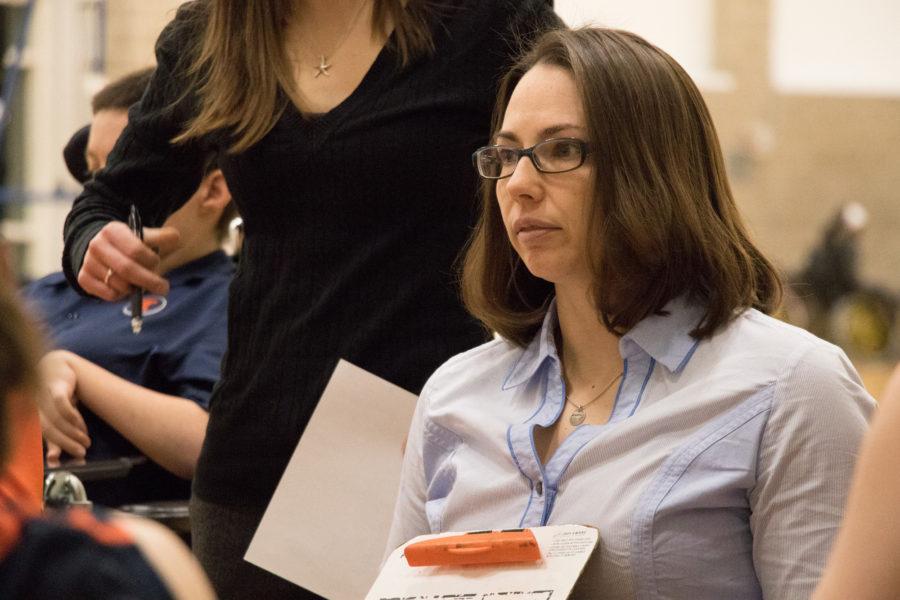 Tweet: @IllinoisWCBball is ahead of schedule compared to last years championship run. #Illini

With more than half of the Illinois women’s wheelchair basketball season completed, head coach Stephanie Wheelerbr is feeling good about the direction of her team.

The women’s team has now played some of the toughest teams in the country, including the defending national champions — the University of Alabama — who they have beaten three times this season.

“In the games we have already played and the teams we have beaten I think it shows how well the season has gone so far,” Wheeler said. “We have played all of the best teams in the country with great success and I think that really gives the team some nice confidence going forward. It will certainly help when we get to nationals.”

The women’s team has thrived on offense this season thanks to a team effort that can score both close to and away from the basket.

“I am really happy to see how well the offense has played,” Wheeler said. “Thanks to some of the players like Kaitlyn Eaton and Christina Young we have had a lot more options and it makes it harder for other defenses to stop Gail (Gaeng).”

Though the offense has been great, Wheeler is looking for the defense to improve in the remaining tournaments this season.

The Illini are not looking for any major overhaul on the defensive end, but are instead looking to make minor changes to their positioning.

Wheeler said that Gaeng is the de facto leader for the Illini. Illinois’ coach mentioned her captain’s ability to transcend statistics in how she helps her team.

Wheeler highlighted that Gaeng’s “never-give-up mentality” has been reflecting onto her teammates all season.

With sustained success and plenty of experience the Illini are confident that they can make another run at a national championship.

“After our last tournament at Wichita we have now beaten all of the toughest teams,” Wheeler said. “That is a huge confidence booster for the team and as long as we remain level-headed and continue to work hard we are confident in our chances.”

Wheeler and the Illini will be back in action this weekend when they will travel to the University of Auburn for a tournament.