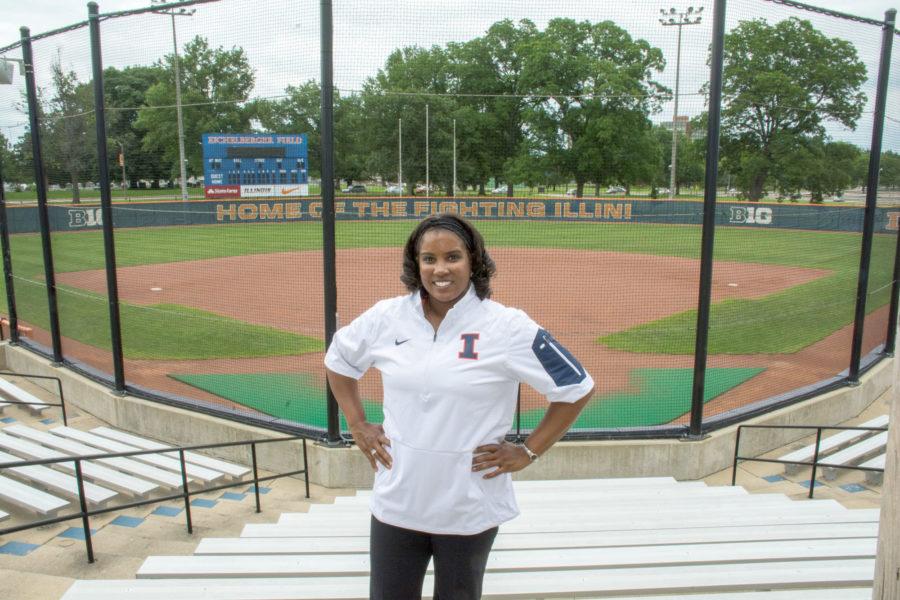 Illinois softball has a new leader: Head coach Tyra Perry is set to begin her first season with the Illini after Terri Sullivan retired in June.

Sullivan was the program’s founding head coach. She spent 16 seasons at the program’s helm and leaves her duties to Perry, who comes to Illinois from Ball State. With the Cardinals, she posted 67 wins in two years, and made it to the NCAA Tournament last season.

Perry comes in with a strong softball pedigree. She played four years of college softball at Nicholls State and LSU. Softball runs in her family — Perry was a student coach at Western Kentucky when her sister Brittney played for the Hilltoppers.

Perry expects a lot from her team this season and hopes to improve the Illini’s swiftness.

“Speed never goes into a slump,” she said. “Your power hitters, at times, may miss a little bit. They swing big to win big, but your table setters, your speed kids, kind of keep things going. That would be one major area that I would hope to bring along with the already talented hitters.”

The Illini will step on the diamond for the first time Thursday competing in the Florida International Invitational.

LIU Brooklyn, Valparaiso, No. 10 Florida State, Florida International University, and St. Johns will be the quintet of teams that Illinois will open up their season against in the three days of the tournament, starting Feb. 12 and ending Feb. 14.

The Illini will be without 2015 starting shortstop Ruby Rivera, who is suspended indefinitely for her involvement in the vandalization of the Illini Chabad menorah over the weekend.

Perry gets back Illinois’ top five hitters — batting average-wise — including senior infielder Allie Bauch, who hit .399 with 12 homers. Nicole Evans, who led the team with 19 homers, returns as does leadoff hitter Kylie Johnson, who hit .333 with 13 stolen bases.

Junior pitcher Jade Vecvanags, the team’s top returning pitcher, expressed confidence in her team’s readiness in a preseason Behind the Shield blog post.

“I cannot even begin to describe how hard we have all been working to prepare for this season,” Vecvanags said. “I am so proud of all of my teammates for stepping up, doing extra work and really pushing this team to the next level … the transition with these amazing coaches was flawless.

“There is nothing more that I want than to come out of this weekend with five wins.”