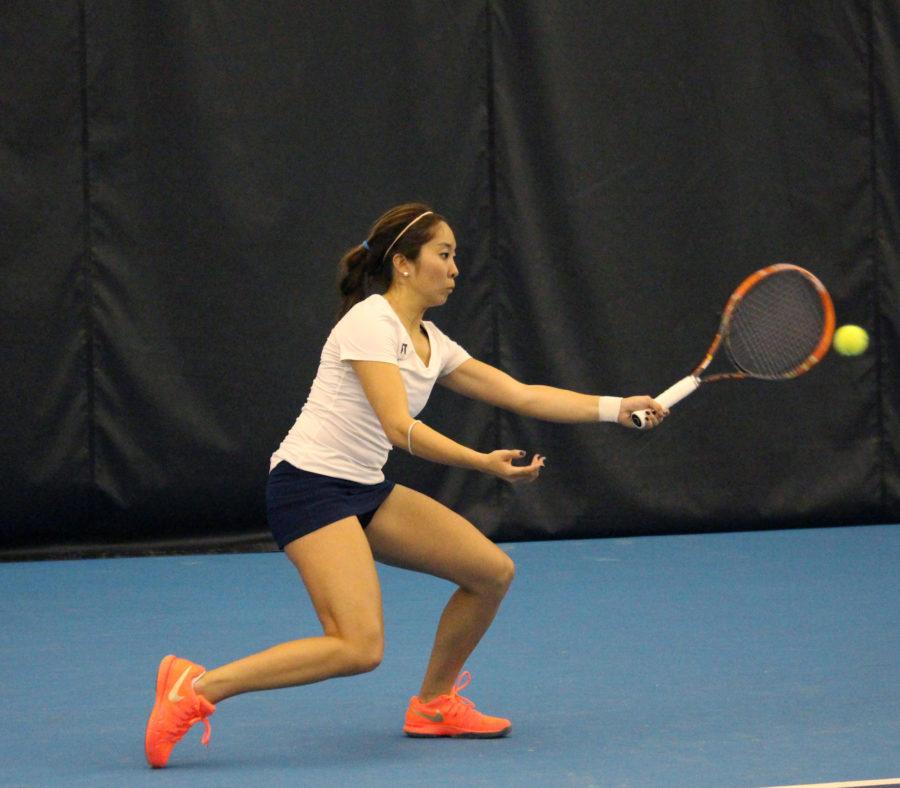 After losing three straight, the Illini women’s tennis team hosted South Florida on Saturday. It was the 11th all-time meeting between the two programs, but the first time Illinois has hosted the matchup.

The Illini started off strong, sweeping the Bulls across the board in each match in doubles play. Each Illini pairing came away with relatively strong wins by large deficits. It was the Illini’s sixth doubles point win of the season. The only doubles tally the Illini have lost this season was to visiting No. 22 Kentucky last weekend.

“It was another tough match for our kids and I was really pleased with the way they responded tonight,” head coach Evan Clark said in a press release.

The strong play continued for the Illini as No. 1 singles player Louise Kwong defeated Olga Martinez 6-3, 6-0. Alexis Casati and Ines Vias, at second and fourth singles respectively, followed Kwong’s lead, both picking up victories to clinch the Illini win.

South Florida was able to cut into the Illini lead a little, with victories from Vanja Klaric and Anna Roman Dominguez over the Illini’ Daniela Pedraza Novak and Jerricka Boone, respectively.

“We certainly still have a lot of work to do, but we put ourselves in position to win at every spot tonight and we have seen a lot of positive progress in the last week,” Clark said in a press release. “We will look to continue to get better this week in practice in order to be ready for DePaul on Friday.”