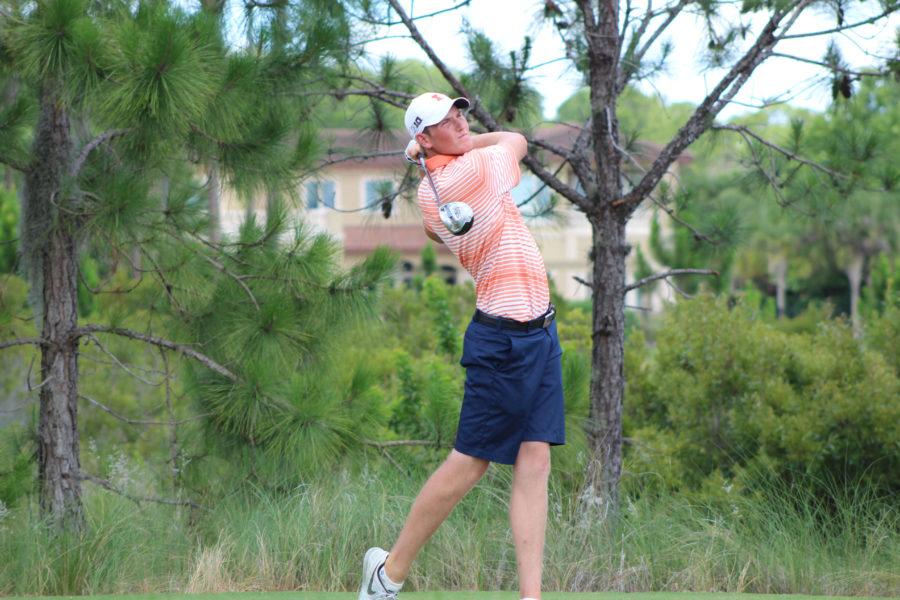 Tweet: [email protected]’s Danielson made his PGA debut and beat some of the world’s best. #Illini

Illinois men’s golfer Charlie Danielson outperformed Jordan Spieth, the No. 1 overall golfer in the world, at the Northern Trust Open, which was held on Feb. 18-21.

It was Danielson’s PGA debut, and he tied for 72nd after shooting a 5-over 289 at the Riviera Country Club in Pacific Palisades, California.

“My game’s probably not as good as I want it to be,” Danielson told the Los Angeles Times after round one. “I’m just doing a good job of getting the ball in the hole, and that’s all that matters.”

He may not be too impressed with his performance, but Danielson shot a 4-under 67 in the first round — the lowest score by an amateur in the tournament since 1981. He trailed then-leader Camilo Villegas by four strokes and tied world No. 3 Rory McIlroy.

He had other golfers saying, “You earned it, so play like it,” Golf Channel reported. But after the round, his scores declined.

The three-time All-American opened the next round with his only eagle of the tournament, followed by two bogies and a double bogey on the back nine. He finished the round with a 1-over 71, dropping him 23 positions, but good enough to make the cut.

Round three saw another drop in the golfer’s score, as he shot a 2-over 72. He triple bogeyed the par-4 seventh and bogeyed three of his first five holes on the back nine.

The final round was Danielson’s worst. He entered the round in 68th, but continued to fall. He had a par on each of his first three holes and then double bogeyed two of the next three. He had seven-straight pars before bogeying the final hole to finish the round at 6-over 77 and the tournament at 5-over 289 to leave him in 72nd.

Bubba Watson won the tournament with a 15-under 269. He shot 68 or better in each of his rounds.

“The biggest thing for me is that I kind of learned to handle my nerves, and that will be important come Regionals, Nationals and Big Tens,” Danielson said. “This is a really good learning experience for me for after college also.”

Danielson rejoins Illinois to prepare for the Feb. 29 Louisiana Classics at Lafayette, Louisiana.