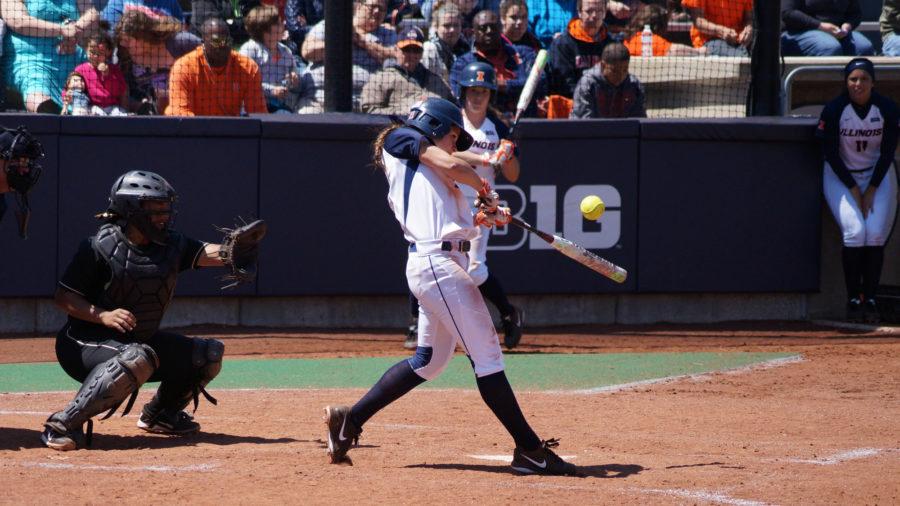 The Illinois softball team is two weeks into the season and already has some signature wins under its belt.AG

The first action of the season brought a victory versus a top 25 team, a feat the team did not achieve once during the previous year.

Last weekend brought a trio of wins versus quality ACC opponents, including one against a North Carolina team that has received a few votes to be considered a top 25 team.AG

Head coach Tyra Perry was proud of her team’s bats and how they were able to hit the Tar Heels bullpen of pitchers.

“I am proud of the way we played against a very strong North Carolina team,” Perry said. “Their pitchers are top notch and I felt like we handled ourselves well at the plate. We also had several solid plays on defense that helped make it an all-around great night.”

The Illini started the weekend in dominating fashion, defeating Boston College 5-1. Junior Jade Vecvanags AG(3-2)AG earned one of her two victories on the weekend, slowing the Eagles offense to only four hits and one run.AG

Perry believes that the tone set in the first game really paved the way for the successful weekend the Illini had.

“I am proud of the composure we showed today,” Perry said. “The first game of a tournament is always important and we set an aggressive tone on both offense and defense.”

The next day, the Illini came out with the same intensity and eye for the ball it did in its first game. Defeating both Boston College and North Carolina, Illinois kept both teams to one run once again, giving up three runs allowed in the first three games.AG

Senior Allie Bauch had a big week at the plate, notching a triple and a homerun, in addition to three RBIs.AG

The Illini ended the weekend hoping to leave with a 4-0 road trip, but just couldn’t get it done versus North Carolina for a second day in a row.AG

Illinois fell to the Tarheels 9-2. The Illini could not contain the Tarheels’ bats after only holding them to one run in the first meeting.AG

Perry was satisfied with the way her team started the weekend, but was not overly impressed with the note the team left on.

“We started the weekend out strong but we did not finish that way today,” Perry said. “We have to continue to work on our overall game and challenge our expectations for ourselves as a team. Games are won by timely hitting, solid defense and pitching. We fell short in all of those areas today.”