Illini ready to grab weekend by the horns 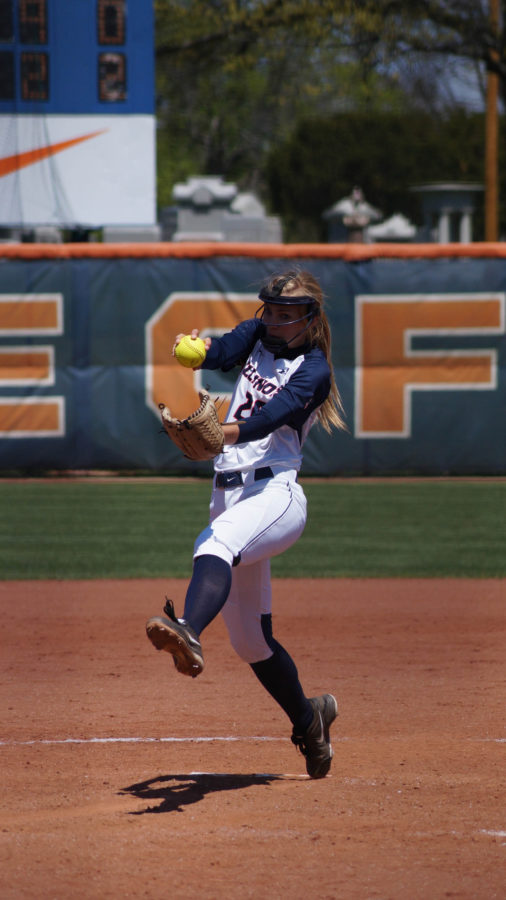 [email protected] looks to knock off another ranked foe, when it takes on No. 21 Texas in this weekend’s Texas Invitational.

After representing the conference strongly in last week’s Big Ten/ACC tournament, the Illinois softball team will look to keep its momentum going in this weekend’s Texas Invitational.

Over the stretch of three days the Illini will compete in five games against four different opponents. Each opponent comes in representing their respective conference, with the Southland conference, Big Sky Conference, Big 12 and the American Athletic Conference all being represented.

The invitational comes at a great time for Illinois; the team is fresh off of a 3-1 weekend versus the duo of Boston College and North Carolina.

“I thought we had a great weekend overall against two strong ACC opponents,” Perry said. “I think Jade (Vecvanags) had two great outings for us on the mound. Breanna Wonderly came in and complemented what Jade did by pitching her game getting in her rhythm and doing what she does best and that’s keeping batters off balanced.”

Both Vecvanags (3-2) and Wonderly (2-2) enter the week with ERA’s under 3.00, and a total of six complete games to their names so far this season. The duo kept the opposing teams to a single run in last weekend’s three games.

Perry knows that her team’s pitching can only take it so far, and gave credit to her burgeoning offense, which game by game has gotten more aggressive, adapting to its new coach’s style.

“Our players did an excellent job of executing offensively,” Perry said. “I felt like we played loose, as a team, and our execution was a lot better. We had one inning where we put three bunts down and loaded the bases and then scored on a walk, and that’s execution at its best.“

The Illini will need to be firing on all cylinders to continue their hot streak against this weekend’s opponents, which are highlighted by undefeated Texas.

The Longhorns come in with a 10-0 record, and an offense that has scored an average of 7.4 runs per game. The team’s strong start has earned it the No. 21 spot in the national rankings after starting the season unranked.

Illinois already has one win over a ranked team, defeating No. 15 Florida State to open the season after failing to beat a single ranked team last season.