KRUSH EDITION: Nobody hates Minnesota, and that’s a bad sign for them 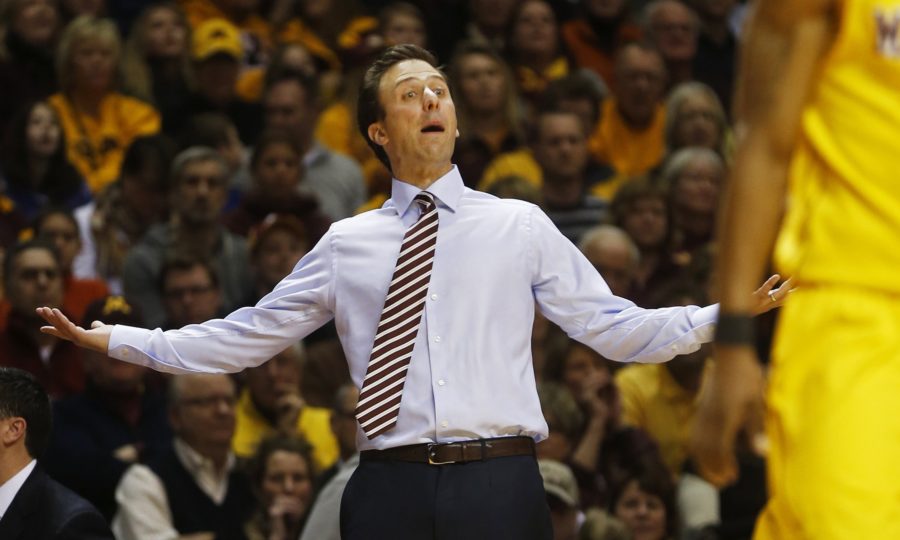 Have you ever heard anyone say, “I hate Minnesota?”

By Minnesota, I’m referring to the Minnesota Golden Gophers athletic teams. I doubt you’ve ever heard it said.

I can’t recall a fan of any team anywhere utter that phrase, presumably because Minnesota sports are so gosh-darn un-hateable. Sure, there are probably some individuals out there with Gopher grudges for one reason or another, but I’d be willing to bet our quasi-Canadian Big Ten friends elicit the least hate out of the conference’s 14 teams.

There are the obvious schools people are allowed to hate for like geographical rivalries: Indiana, Iowa, Northwestern and Purdue probably fall into that category.

Then there are the schools people hate because their football and basketball teams usually seem to be good, and you’re jealous of their success: Michigan State, Michigan, Wisconsin and Ohio State all have earned that badge of honor.

Then come the schools who are too new to hate just yet: Hello Rutgers, Maryland and Nebraska.

But Minnesota? Eh. They’re just kind of there.

Besides this year, with their basketball team being truly awful, it seems like their programs are never bad enough to pity and never good enough to pose a threat. Their harmlessness extends to their beaming Golden Gopher mascot, Goldy.

The only person he’s ever intimidated is Bill Murray’s character in Caddyshack.

Illinois and Minnesota have had pretty similar athletic success lately in football and basketball, which would explain any apathy or even sympathy for one another between the two fan bases.

Both schools have had interim football coaches and interim athletic director s — Minnesota’s AD still has the interim tag — in the past year, and both basketball programs are suffering under young head coaches.

And it’s not like the person in charge of Gophers basketball has mattered much to the Illini lately. Illinois has dominated the all-time basketball series by a 119-65 mark and have found extreme success at Minnesota’s Williams Arena, winning 12 of its last 15 visits to The Barn. It’s hard to hate a team that rarely beats you.

Minnesota visits State Farm Center on Sunday for Illinois’ senior night at the end of a long slog of a season for both teams. Their reward for their 6-24 combined Big Ten record? The 7 p.m. Sunday death slot on Big Ten Network, which promises to draw low ratings and even lower attendance at State Farm Center. It’s a sad reality for two teams that met three years ago in the same arena as the No. 12 and No. 8 teams in the country.

Illinois needs to escape the “Minnesota tier” of the Big Ten, where it seems they’ve been stuck for much of the last decade. To fall in that category, you can sometimes be pretty good and sometimes be pretty terrible, but you’re never actually going to be much of a menace to the rest of the conference. Illini fans are desperate to be better than that.

As we’ve seen with Minnesota, if nobody in your conference really hates you, you’re probably not giving them a reason to.