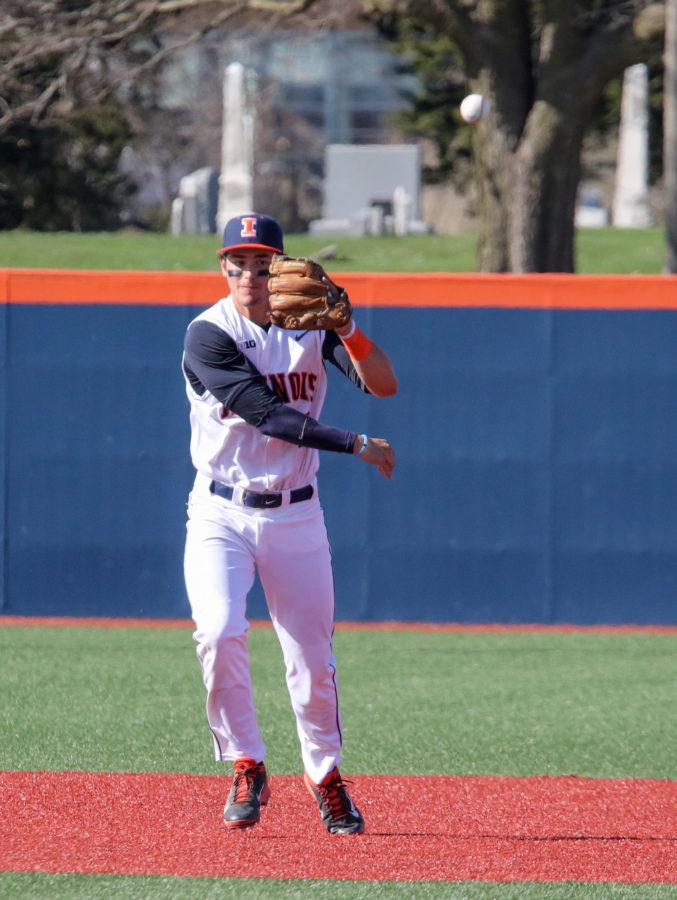 He understands his role on the team as someone who should take four to five pitches during his at bat in order to give those behind him a good look at opposing pitchers’ arsenals. But when he feels the need to, he doesn’t hesitate to swing at the first pitch.

“When I’m doing my best it’s because I’ve been an aggressive hitter,” Walton said. “I’d rather swing and put the ball in play then take five pitches in an at-bat and walk. Obviously if the pitches aren’t there then I won’t have a problem working a walk, but I’d much rather go up there swinging.”

Head coach Dan Hartleb is willing to allow his starting shortstop to use whatever approach makes him feel most comfortable at the plate.

Now, as a collegiate player, he’s noticed a big difference in what opponents are throwing.

“They have everything and can locate their pitches at any time,” Turchin said said of opposing pitchers. “That’s three to four pitches they can throw at any spot in the count.”

The freshman is batting .333 with four runs scored and two RBIs on the year.

“He’s gotten a lot better since the fall,” Hartleb said of his centerfielder. “He’s starting to use the whole field better. He’s got a chance to be a really good player for us.”

Illinois has allowed an average of three runs a game over its first two series. Its lineup has averaged almost the exact same amount, plating 3.33 runs per contest.

Hartleb said that the clubhouse tends to be more relaxed when the pitching is clicking, but that he would rather his offense not have to rely on pitching.

“I want to be a high-powered offense,” Hartleb said. “(I want) an exciting offense where we can get on the basepaths and steal and have consistent hard contact.”

Hartleb isn’t afraid to consistently move around players in his lineup like chess pieces. If the offense doesn’t produce to his liking, then a switch in the lineup isn’t uncommon.

“I’m never tied into a lineup,” Hartleb said. “I’m always looking for someone better to put in there. That doesn’t mean the guys in there now aren’t good, but I think that’s healthy when you have good competition and guys pushing each other.”