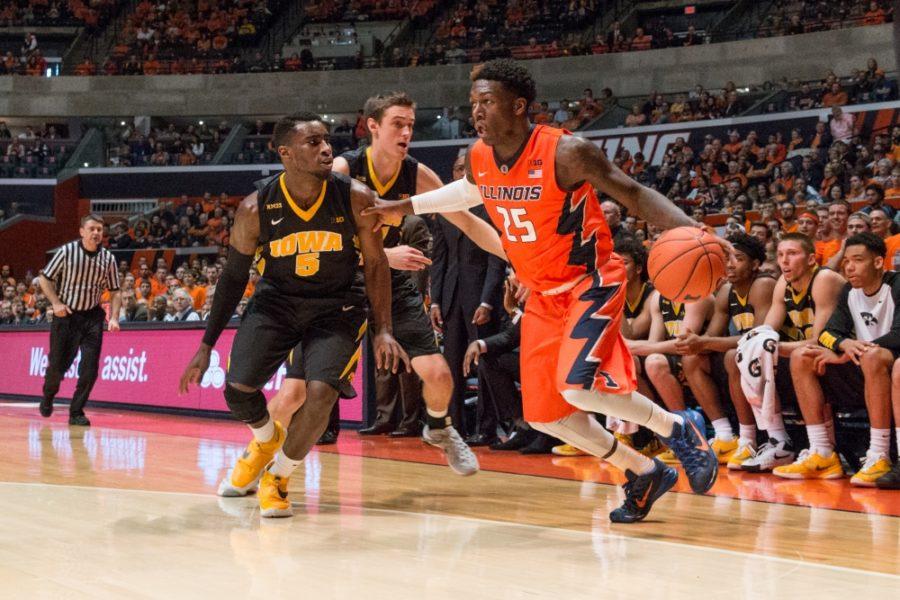 For the second time in less than a week, an Illini men’s basketball player has been charged with domestic battery.

Junior Kendrick Nunn turned himself in to Champaign Police on Thursday afternoon after a warrant was issued for his arrest Wednesday. Nunn is charged with two counts of domestic battery.

Champaign Police confirmed that it was called to a Second Street apartment Wednesday night for an argument in which Nunn allegedly struck a female leaving injuries.

Nunn is the fourth Illini basketball player arrested in the last year. Darius Paul was arrested in August, Leron Black in February and Tate earlier this week.

“Kendrick Nunn has been suspended indefinitely from all team-related activities pending legal proceeding and an investigation into allegations of domestic battery,” the statement said. “Once again, we encourage everyone to allow the legal process to work before passing judgment. We a re striving for a championship culture across our entire athletics program. Obviously yesterday’s event is the latest in a series of conduct issues involving our men’s basketball team. WE are diligently working to ensure that our men’s basketball team is representative of the high ideals that we uphold in Illinois Athletics.”