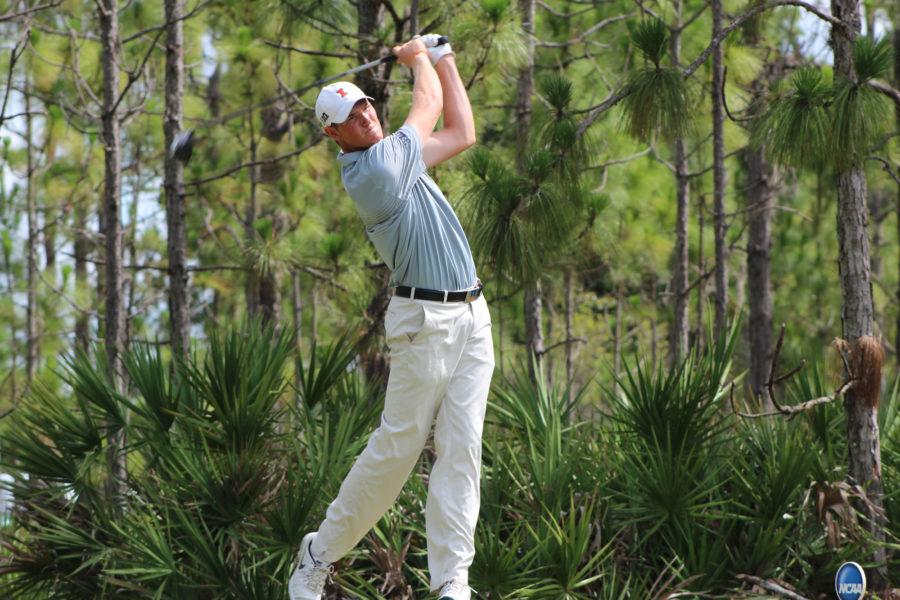 The Illinois men’s golf team has won six of its nine tournaments this season. The team once won five straight earlier this season, but now the Illini are trying to regain that momentum.

The Illini finished tied for fifth with a 22-over 874 at the Valspar Collegiate Invitational on Tuesday. They tied with South Carolina and trailed third place by three strokes. It is Illinois’ second-straight finish outside the top of the leaderboard, and it’s been almost a month since the team’s last win.

“Moving forward, we need this to become a total team effort, so that we can stop counting higher scores,” head coach Mike Small said. “When we play our best, our drop score is very competitive.”

Seniors Thomas Detry and Charlie Danielson led the team and tied for fifth after shooting even at the Collegiate Invitational.

“The seniors took charge today,” Small said after round three.

Sophomore Dylan Meyer finished tied for 23rd for a 6-over. The rest of the Illini closed the tournament outside of the top 50. Individual competitor and freshman Edoardo Lipparelli went 12-over to tie for 53rd, while sophomore Nick Hardy (233) and senior Alex Burge (242) finished tied for 69th and 81st, respectively.

“Generally, we bring all five players, and they all compete,” Small said. “We need to get back to that recipe.”

In windy and cold conditions, Illinois shot 11-over in each of its first two rounds. Danielson led the team after both the rounds with a 70 and 71. He tied for fourth and was seven strokes ahead of teammate Detry for 29th.

The lower scores and eight birdies by Danielson weren’t enough to negate the two triple bogies and 10 double bogeys by the team in the first 36 holes of play.

“We had too many high numbers: double bogeys and numbers like that are really tough on team,” Small, whose team tied for seventh entering the last round, said. “I thought those numbers were a result of us being too one dimensional with our shot selections and ball flight. That led to some very loose shots and a penalty shot.”

The Illini’s performance on the last round was enough to bump them up two positions in the leaderboard from the previous round. They shot even on the round — the second-best individual round score of the tournament.

Detry made seven birdies and one bogey in round three to let him close the Collegiate Invitational with a 65. It was the lowest individual round score of all the 83 competitors.

“Thomas had the eraser score today, which helped us erase a higher number,” Small said.

The tournament was by the University of Houston at the par-71, 7,114-yard Floridian National Golf Club along the St. Lucie River in Palm City Florida.

No. 8 Texas pulled away with the win after shooting a 3-over 855. The Longhorns were five strokes ahead of LSU in second and 19 ahead of Illinois.

The Illini will play next on April 2 and 3 in the 3M Augusta Invitational at Augusta, Georgia. The team finished second in the tournament last year.