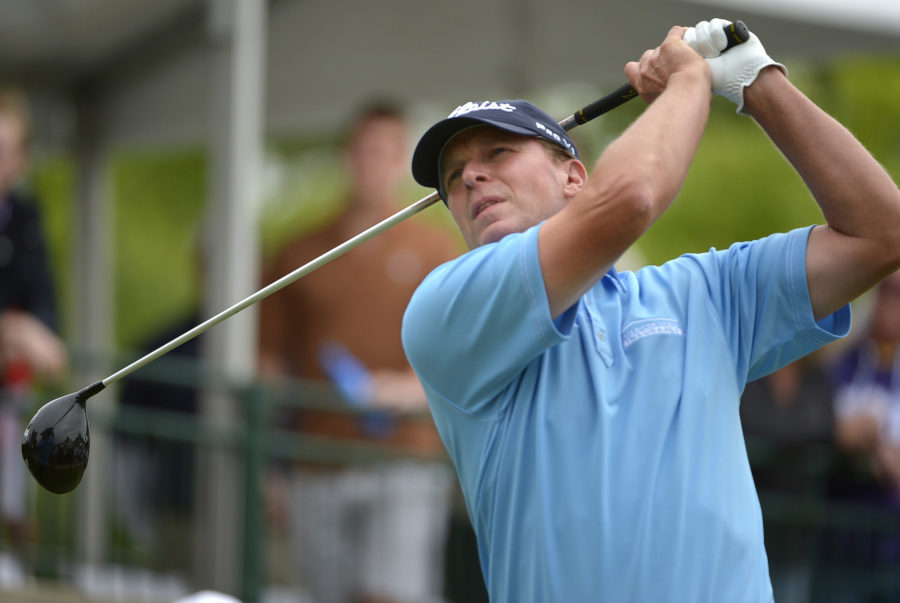 Steve Stricker tees off on the 1st hole during the first round at the Crowne Plaza Invitational at Colonial on Thursday, May 21, 2015, in Fort Worth, Texas. (Max Faulkner/Fort Worth Star-Telegram/TNS)

Tweet: Former #Illini men’s golfers in action over the weekend.

Thomas Pieters, ranked No. 56 by Official World Golf Ranking, competed in the World Golf Championships-Dell Match Play tournament in Austin, Texas, and went up against Adam Scott in the final day.

After falling behind two strokes on the 15th hole, Pieters won the 16th and 17th to tie the Australian native. Pieters was faced with a five-foot putt to halve the match. The former Illini golfer sunk the putt, capping off his comeback and halving the match against Scott.

Pieters was also able to make the cut at the Arnold Palmer Invitational on March 18. He finished 12-over-par for the tournament.

In Puerto Rico, three more former Illini golfers were in action. Scott Langley, Luke Guthrie and D.A. Points all participated in the Puerto Rico Open at Coco Beach from March 24-27.

Langley had the best performance out of the three, finishing 8-under for 11th place. Guthrie followed IL up Langley’s performance by shooting 7-under, good for a share of 15th place. Points finished tied for 65th place after completing a 3-over IL performance over the weekend.

Steve Stricker, ranked No. 203, will join Langley, Points and Guthrie in Humble, Texas to compete in the Shell Houston Open. The tournament will take place from March 31-April 3 at the Golf Club of Houston.