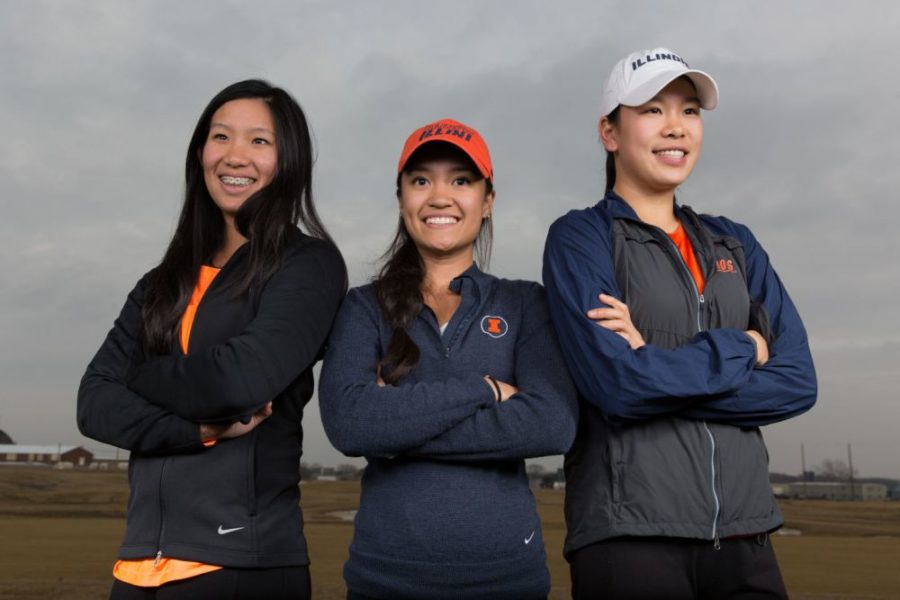 Despite a disappointing end to its season, the Illinois women’s golf team has a lot to look forward to.

The team was not selected to participate in the NCAA Regional Tournament despite a fourth-place finish in the Big Ten championships after being given an eight seed.

Although not selected, Illinois’ finish established them as a bubble team for regionals, something that would not have been considered a possibility at the beginning of the season.

The Illini began their spring season with an 11th and 8th place finish, respectively. After regrouping, the team rallied to four straight top-five finishes to cap off the season.

It was the first time since the 2002-2003 season that the Illini were able to close out the season with three consecutive top-five finishes.

The Illini’s finish at the Big Ten championships was the program’s best finish at this event since the 1994-1995 season.

“The season has been filled with highs and lows, and we’ve had our fair share of struggles from a lot of different angles,” head coach Renee Slone said. “This team just continued to push forward and persevere and believe.”

Leading the surge for the Illini during the span of improved team play was freshman Bing Singhsumalee.

In all four tournaments, Singhsumalee was among the top-15 players on the leaderboard.

“I want every one of my records to be broken, absolutely,” Slone said. “I want to be able to help our team members achieve whatever they can and rewrite the record books.”

Singhsumalee was also awarded with a second-team all Big Ten selection and is an Illini newcomer of the year finalist.

“Bing is really impressive.” Slone said. “Even if she doesn’t have her ‘A’ game, she just goes about her business as usual and adjusts her game based on what’s working for her.”

Along with Singhsumalee, the Illini will have the luxury of having all of the players returning next season.

“The team talked about that at the team retreat and realized that they were all going to be back,” Slone said. “That really excited them because they realized that not only did they have one year, but two years, to work together and take things in the direction they want to go. They’re trying to create a significant impact on the program that can leave a lasting impression.”

The Illini will also be adding two recruits and Katherine Hepler, a transfer senior from Missouri who redshirted this season due to a stress fracture in her foot.

This influx of players will create added competition among the players, with only five golfers competing in any given tournament.

Even though the Illini’s season was cut shorter than they would have liked, Slone said the young team brings an advantage come fall.

“This is only the beginning,” Slone said. “This is the start of something amazing for our program.”