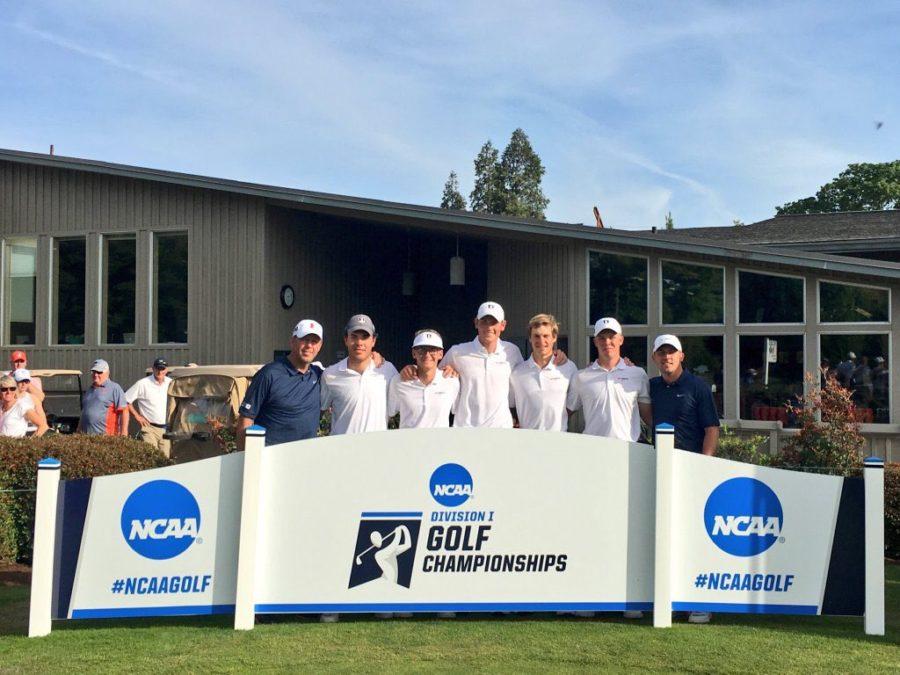 Charlie Danielson knelt down behind his ball on the 18th green at the Eugene Country Club. As he looked at the long line between his ball and the hole, the tension grew to an all-time high for the spectators.

Danielson, who goes down as an all-time great in Illinois golf history, stood up and took position for one of the biggest putts in his college golf career.
His putt looked great. Perfect speed. Lined up nicely. But it spun around the hole and rolled away to the left.

“It was in and out,” head coach Mike Small said.

Danielson then whipped around and pulled his hat off in anguish. Just like that, the Illinois men’s golf team had its NCAA title dreams dashed yet again. The Illini have reached the championship five-straight times and failing to win it all.

This year, the Illini settled with their second-straight third-place NCAA finish, as they fell in the semifinals to Oregon.

“When you finish third in the country and are ranked among the top three all year and are disappointed at the end of the season, I think it shows a lot for the program,” Small said after the tournament.

Illinois’ chances were looking good heading into the semifinals. The team was coming off a 4-1 win over South Carolina in the quarterfinals behind a huge upset by Edoardo Lipparelli against Matt NeSmith.

One GolfChannel announcer even touted Illinois as the “deepest, most talented team.”

But that was put to the test in the semifinals, in which the Illini were still the favorites.

Besides a brief lead on No. 1, Danielson prevented Raza from gaining any sort of momentum in the semifinal round. The match was either all square or one-up in Danielson’s favor until the 12th hole.

Raza hit his ball into the water off the 15th tee but still tied the hole. On 17, Danielson landed in a bunker to the left of the green. He had a good shot out of the trap, but the ball rolled several feet away from the hole.

Raza held onto his one-up lead entering the 18th hole where he made a par put to seal the deal.

Road to the semifinals

Illinois didn’t have the smoothest path to the semifinal round of match play.

The Illini shot 290-280-289 in the first three rounds of the stroke-play qualifying rounds. At one point in the last round, they placed outside of the cut, but the teams ahead dropped down the standings,moving the Illini to ninth.

Small’s team finished second in the final round of stroke, punching his golfers one of the eight tickets to quarterfinals.

Illinois faced off against seventh-seeded South Carolina in which Small matched freshman Lipparelli with Matt NeSmith. NeSmith is tied with freshman Scott Stevens with the best career stroke average in South Carolina program history. Lipparelli is still making a name for himself at Illinois.

The Illini’s only loss in the round came from Stevens beating Meyer. Lipparelli beat NeSmith.

Meyer was the subject of Small’s bold move against Oregon’s star play Wise. Meyer, like Lipparelli, won the challenge in what could be a preview of Illinois’ next leaders.