Illini to play VCU in December 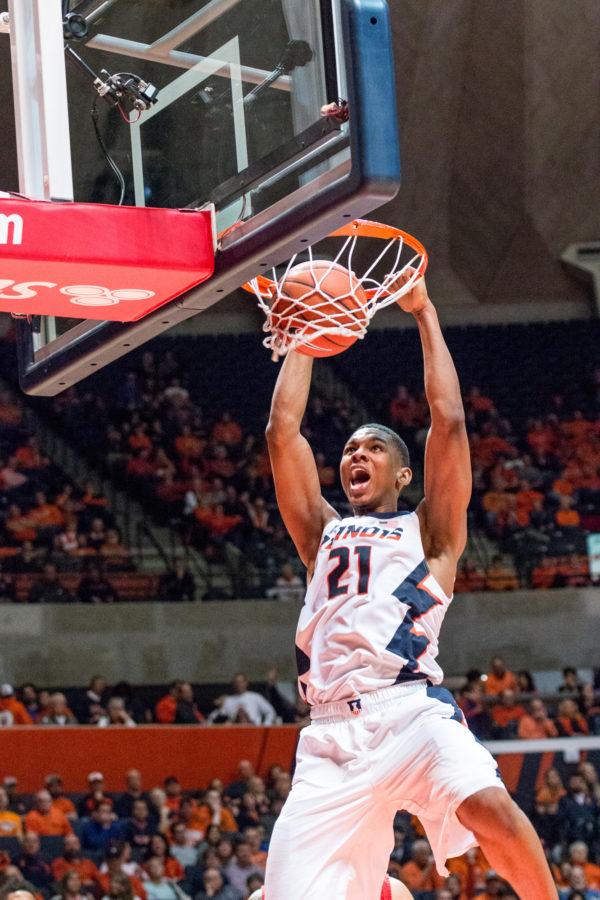 Illinois' Malcolm Hill throws down a two-handed dunk during the game against Rutgers at the State Farm Center on February 17. The Illini won 82-66.

Illinois revealed more of its regular season schedule Tuesday. The team will travel to Miami on December 3 to face off with the Virginia Commonwealth in the Naismith Memorial Basketball Hall of Fame’s second annual Hoophall Miami Invitational.

“We are honored to partner with the Naismith Memorial Basketball Hall of Fame and participate in the Hoophall Miami Invitational,” Illinois Basketball Head Coach John Groce said in a press release. “Facing an outstanding opponent like VCU in a terrific setting at AmericanAirlines Arena is an exciting challenge for our team and a strong addition to our non-conference schedule.”

Other games and events at the invitational, include an Illini double header followed by Miami taking on Wofford.

The event will include match-ups of Georgetown vs. La Salle and Temple vs. Depaul.

Editors note: A previous edition of this article misstated where the Hoophall Miami Invitational is being held. It is taking place in Miami, not the Naismith Memorial Basketball Hall of Fame in Springfield, Massachusetts. The Hall of Fame sponsors the invite. The revision was made for clarity purposes. The Daily Illini regrets the error.