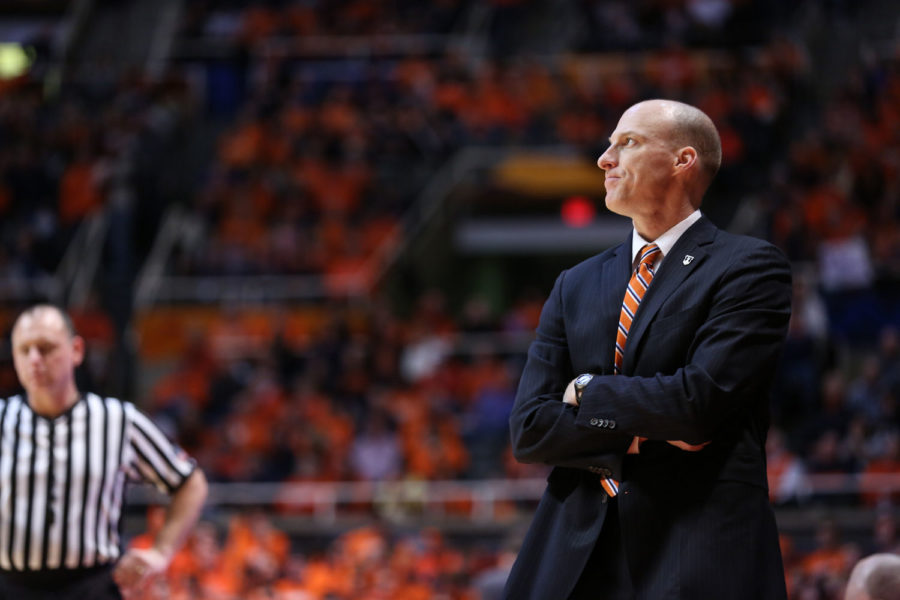 Illinois' head coach John Groce reacts to a play on court during last season's 86-80 Illini win over Northwestern. His team dropped a 58-56 game to the Wildcats on Saturday night.

Jordan Goodwin has committed to Saint Louis University over Illinois.

The four-star wing announced his decision over Twitter Friday.

Goodwin is from Belleville, Illinois, and is currently enrolled at Althoff Catholic High School.

Besides Illinois, Goodwin also had offers from Alabama, Butler, Northwestern, Missouri and Creighton.

The Illini landed Tilmon earlier this summer. Tilmon is the No. 23 player in the country according to 247sports.com and the No. 1 player in the state of Illinois.