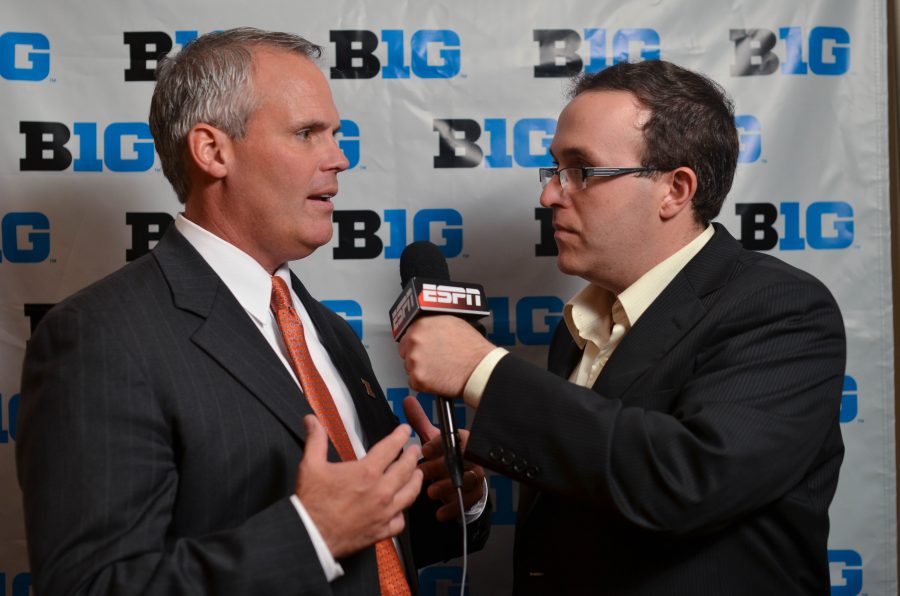 A new layer of intrigue was added to the Week Two matchup between Illinois and North Carolina when it was announced that former Illinois head coach Tim Beckman would serve as a volunteer assistant coach for the Tar Heels.

The decision by North Carolina head coach Larry Fedora resulted in plenty of criticism, so just one day after Beckman’s new gig was made official, it was announced that Beckman would step down.

“I appreciate the opportunity Coach Fedora gave me to stay connected to the sport and be around one of the best staffs in the country. His willingness to help a friend was a benefit both personally and professionally. I do not wish to be a further distraction to the team or university and I will no longer serve as volunteer at UNC. I wish Larry and the program nothing but success going forward.”

Fedora and Beckman served as assistants at Oklahoma State in 2007.

Although Beckman wasn’t allowed to interact with players, the volunteer role would have been his first job in football since being fired from Illinois in 2015 amid player mistreatment allegations.

North Carolina Chancellor Carol Folt wasn’t aware of the hire until Wednesday and released a statement regarding Beckman’s swift departure:

“The decision for Mr. Beckman to withdraw from his volunteer position was the right thing to do, and moving forward I don’t expect this situation to recur. I continue to put a great deal of trust in Director of Athletics Bubba Cunningham and coach Fedora to educate and develop our student-athletes and to ensure we meet the high standards we all expect at Carolina.”

Illinois and North Carolina will square off under the lights at Memorial Stadium on Sept. 10.